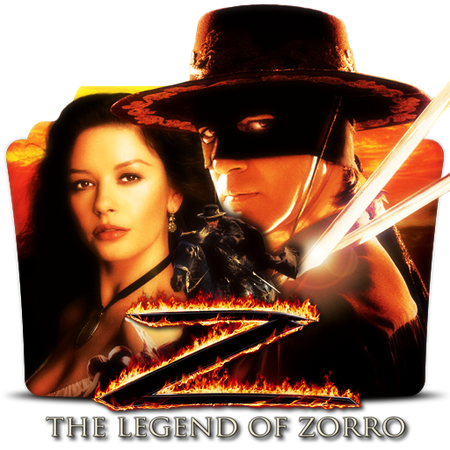 Zorro (Spanish for "Fox") is a fictional character created in 1919 by American pulp writer Johnston McCulley, and appearing in works set in the Pueblo of Los Angeles during the era of Spanish California (1769–1821). He is typically portrayed as a dashing masked vigilante who defends the commoners and indigenous peoples of California against corrupt and tyrannical officials and other villains. His signature all-black costume includes a cape, a hat known as a sombrero cordobés, and a mask covering the upper half of his face.

In the stories, Zorro has a high bounty on his head, but is too skilled and cunning for the bumbling authorities to catch, and he also delights in publicly humiliating them. Zorro is an acrobat and an expert in various weapons, but the one he employs most frequently is his rapier, which he uses often to carve the initial "Z" on his defeated foes, and other objects. He is also an accomplished rider, his trusty steed being a black horse called Tornado. Zorro is the secret identity of Don Diego de la Vega (originally Don Diego Vega), a young man who is the only son of Don Alejandro de la Vega (originally Don Alejandro Vega), the richest landowner in California, while Diego's mother is dead. In most versions, Diego learned his swordsmanship while at university in Spain, and created his masked alter ego after he was unexpectedly summoned home by his father because California had fallen into the hands of an oppressive dictator. Diego is usually shown living with his father in a huge hacienda, which contains a number of secret passages and underground tunnels, leading to a secret cave that serves as headquarters for Zorro's operations and as Tornado's hiding place. In order to divert suspicion about his identity, Diego hides his fighting abilities while also pretending to be a coward and a fop.

Zorro made his debut in the 1919 novel The Curse of Capistrano, originally meant as a stand-alone story. However, the success of the 1920 film adaptation The Mark of Zorro starring Douglas Fairbanks convinced McCulley to write more Zorro stories for about four decades: the character was featured in a total of five serialized stories and 57 short stories, the last one appearing in print posthumously in 1959, the year after his death. The Curse of Capistrano eventually sold more than 50 million copies, becoming one of the most sold books of all time. While the rest of McCulley's Zorro stories didn't enjoy the same popularity, as most of them were never reprinted until the 21st century, the character also appears in over 40 films and in ten TV series, the most famous being the Disney-produced Zorro series of 1957–59, starring Guy Williams. Other media featuring Zorro include stories by other authors, audio/radio dramas, comic books and strips, stage productions and video games.

Being one of the earliest examples of a fictional masked avenger with a double identity, Zorro inspired the creation of several similar characters in pulp magazines and other media, and is a precursor of the superheroes of American comic books, with Batman drawing particularly close parallels to the character.

The verse has decent power as it is located in the Spanish California era.

The human characters usually are skilled in Hand to Hand Combat and have melee and ranged weapons mastery. Characters like Zorror have at least Athlete level attack potency physically, Street level while equiped with swords and Superhuman travel speed while riding Tornado the horse. 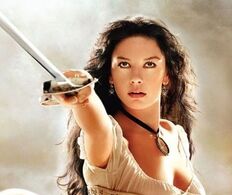 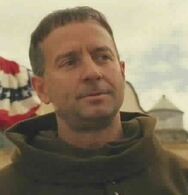 Tornado
Add a photo to this gallery 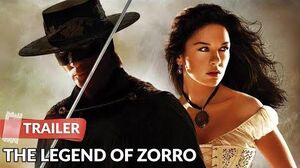 Retrieved from "https://vsbattles.fandom.com/wiki/Zorro_(Verse)?oldid=6996295"
Community content is available under CC-BY-SA unless otherwise noted.