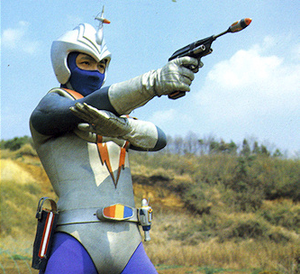 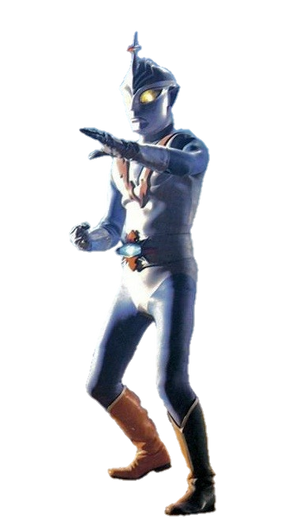 After their home planet, Peaceland was destroyed by the Garoga Baron. The Zone family fled to earth to seek shelter on earth. Calling themselves the Sakimori family, the Zone family tried to start a new peaceful life, the oldest son, Hikaru Sakimori even finds a job working as a test driver for cars. It seems that the family would enjoy a new life however fate would have other plans. With planet Peaceland gone the Garogas set their evil eyes on earth for their next invasion. Infiltrating earth's society, the Zone family takes it upon themselves to stop their evil plans once and for all. When fighting the Garoga the three Zone children, Hikaru, Hotaru, Akira can transform into the superheroes Zone Fighter (AKA Zone The Meteor Man), Zone Angel, and Zone Junior respectively by calling out "Zone Fight Power". When the Garoga's summon a giant monster Hikaru will transform into his giant form by calling out "Zone Double Fight".

Zone Fighter would go on to battle many monsters made by the Gargo is known as the Terror Beasts, as well as the monsters Gigan, and even The Destroyer of Worlds himself, King Ghidorah. The King of the Monsters himself, Godzilla, would become an ally and later a close friend of Zone Fighter and help him out on several missions.

Attack Potency: Wall level (Can defeat Garoga agents, who are far stronger than normal humans), Building level with Maser Gun (Can somewhat damage Terror Beasts, and can blow holes in skyscrapers) || At least Small City level (Defeated Godzilla in a friendly sparring match, killed Showa Gigan, and single-handedly defeated Showa King Ghidorah), possibly far higher (Some of the Kaiju in the show were stated to have 4th dimensional powers)

Speed: Athletic human, with Subsonic reactions/combat speed || Supersonic with Massively FTL flight speed (Much Faster than King Ghidorah, flew to another planet in the far end of the galaxy in mere minutes) higher with Meteor Jet...

Lifting Strength: Class M (Even while human-sized, he could lift a Kaiju's foot off him with an immense amount of effort. Equal to Godzilla and King Ghidorah)

Stamina: Very High (Rarely if ever tires... Can fight monsters even while severely weakened and drained of his powers)

Standard Equipment: A Maser Gun, his ship Smokey, and a Proton Crystal.

Intelligence: Gifted (Can use and hack Garoga technology, which is vastly superior to human technology. He is very creative and strategic in battle and is a good improviser. Could speak perfect Japanese after only being on earth a few days)

Weaknesses: He can only stay in his Zone Fighter form for a limited amount of time before being forced to transform back, taking damage can greatly limit this time. However, he can greatly decrease this problem with the Proton Crystal, which gave him enough energy to last multiple hours. He can also bypass this problem with help from his family, or his ship Smokey.

Retrieved from "https://vsbattles.fandom.com/wiki/Zone_Fighter?oldid=5775983"
Community content is available under CC-BY-SA unless otherwise noted.