VS Battles Wiki
Register
Don't have an account?
Sign In
Advertisement
in: Characters, Minecraft, Undead,
and 21 more 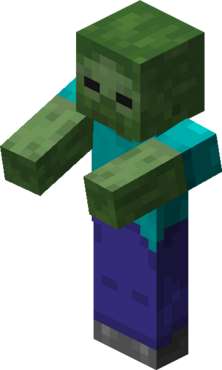 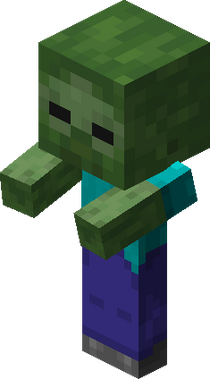 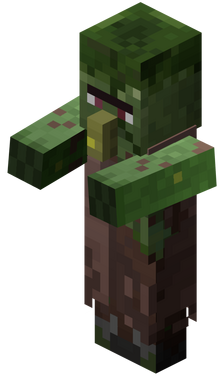 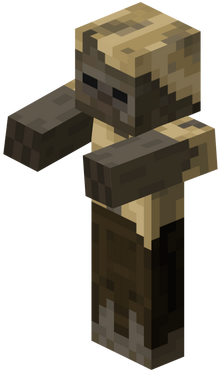 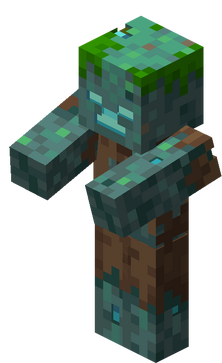 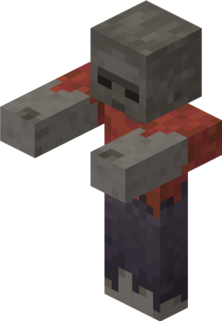 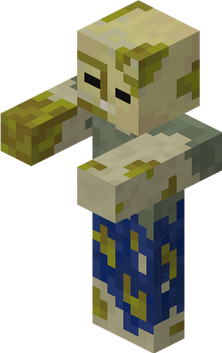 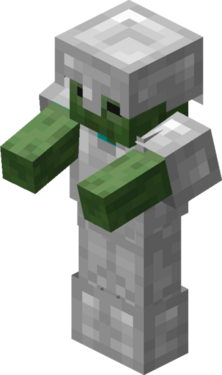 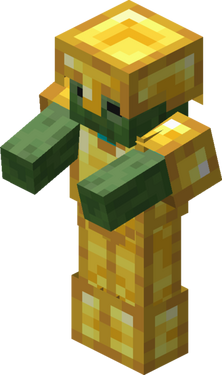 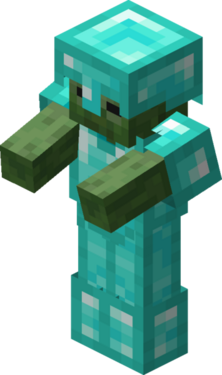 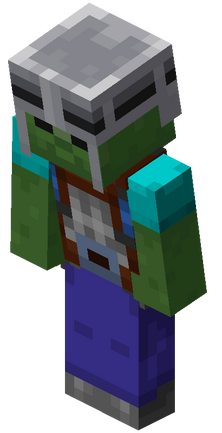 The Zombie is a hostile mob and the most common and basic enemy of the sandbox video game, Minecraft. They come out only at night, and attack local villages, killing Villagers and often turning them into Zombie Villagers.

Superhuman Physical Characteristics, Disease Manipulation (Can transform its victims into zombies once it kills them), Self-Sustenance (Type 1; Although they sink in water, Zombies do not take damage, implying they do not need air at all), Resistance to Poison (Unaffected by poison. Potion of Harming will actually heal it), Transformation (Will transform into a Drowned if submerged too long in water)

All base abilities, though can now also swim

All base abilities, plus Hunger Inducement (Can cause foes hit by it to feel hungry, gradually reducing their stamina), and they no longer burn in the sunlight

All base abilities, Surface Scaling

All base abilities, Flesh Manipulation (Can rip parts of its flesh off and throw it as a projectile indefinitely) and Immortality (Type 2; Is rotten beyond what a regular Zombie would be. Unhindered by repeatedly tearing off its own flesh), possibly Pain Suppression

All Minecraft abilities, Non-Physical Interaction (Can directly damage intangible beings like Vex), Blessed (The Orb of Dominance granted the Nameless One's undead forces a resistance to burning up in the sun)

All base abilities, plus Hunger Inducement (Can cause foes hit by it to feel hungry, gradually reducing their stamina), and they no longer burn in the sunlight

All base abilities, Poison Manipulation (Is surrounded by a cloud of poison)

All base abilities, Minor Ice Manipulation and Statistics Reduction (Can throw snowballs that slow the victim temporarily), Resistance to Heat Manipulation

All base abilities, limited Invulnerability and Damage Negation (Reinforced Mail has a 30% chance to negate hits)

Speed: Below Average Human walking speed, with Subsonic combat and reaction speed (Comparable to the Skeleton)

Lifting Strength: At least Class 50 (At maximum, can carry gold armor and a gold block in it's hand, which would weigh roughly 39,683.3 kilograms)

Intelligence: Unknown, although they still possess some degree of battle smarts and are able to tell the difference between a weak and strong sword with a glance. Lobber Zombies will throw their rotten flesh as a projectile | Zombies in Minecraft Dungeons have very short memories, forgetting commands within a day. They otherwise compare to normal zombies

Weaknesses: Hurt by healing potions, will catch on fire if exposed to sunlight (doesn't apply to Husks or individuals with headwear). They will sink when underwater instead of swimming, although they cannot drown and will turn into Drowned when submerged for too long, who can actually swim | Same as before | Undead have short memories and quickly forget commands