VS Battles Wiki
Register
Don't have an account?
Sign In
Advertisement
in: Characters, Mega Man, Capcom,
and 27 more 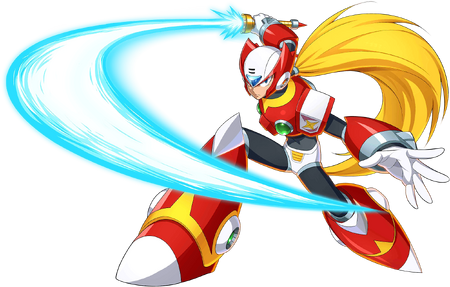 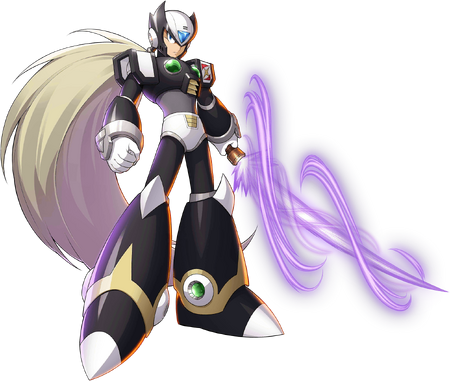 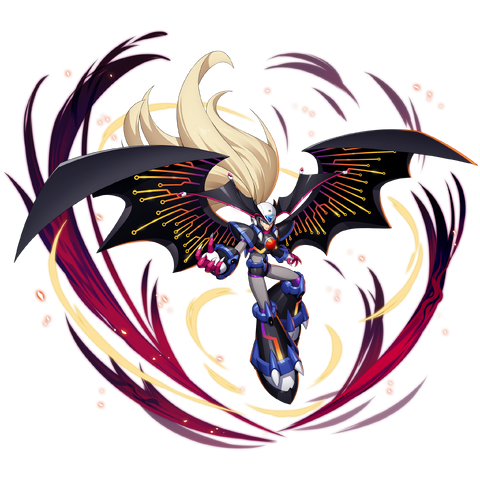 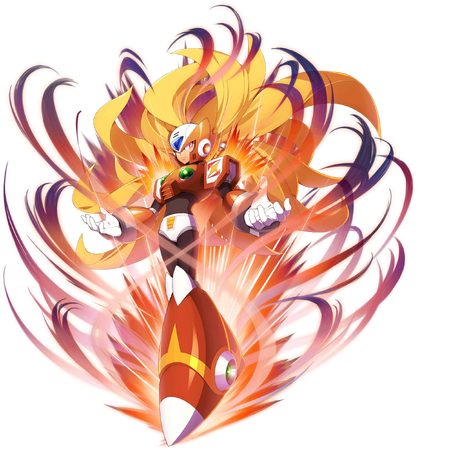 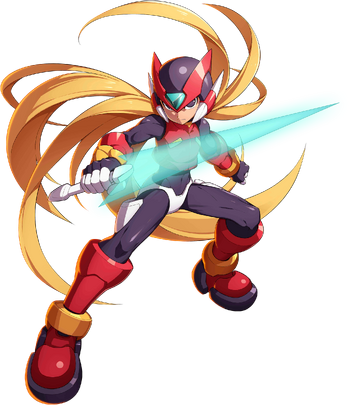 Dr. Wily's magnum opus, Zero was created to surpass Mega Man and Bass in every way and succeeded in that aspect. However, his cognitive programming had a fatal flaw that rendered him wild and uncontrollable, forcing Wily to seal Zero away along with the original Maverick Virus. Upon his discovery far in the future, Zero attacked dozens of Maverick Hunters before nearly defeating Sigma one-on-one and was only defeated after Sigma punched the gem on Zero's helmet after it began to glow with a "W" shape. Afterward, both Zero and Sigma were infected with the Virus. However, while Sigma went rogue, Zero regained control of his cognitive circuits, later becoming a high-ranking Maverick Hunter and ironically enough the best friend of Dr. Light's ultimate creation, Mega Man X.

Age: Several hundred years old (Created at the end of the Classic continuity and survived to the Zero continuity 300 years later). Mid-late teens to early twenties in terms AI-wise.

Powers and Abilities: Superhuman Physical Characteristics, Self-Sustenance (Types 1, 2 and 3. Can breathe underwater and in space), Statistics Amplification (Through the use of various Parts, Chips and Cyber Elves), Energy Manipulation, Master Swordsman and Expert Marksman, Intangible Dopplegangers, Intangibility, Healing (Can heal himself through various means, such as Subtanks, E-Cans, and Cyber Elves), Soul Manipulation (Can directly damage foes with "Soul Energy" while using Sougenmu and Soul Launcher), Extrasensory Perception (Can see Cyber-Elves and Sigma's Viral Form),Elemental Manipulation (Can imbue his weapons with various elements as well as his own body in the Mega Man Zero era), Time Stop, Absolute Zero, Matter Manipulation (Can transform his Z-Saber into solid elements. Can create physical objects out of nothing. Can transform energy attacks into crystals and physical damage into weapon energy. Offensively, he can destroy enemies on a subatomic level with AZ, transform foes into relatively weak mettaurs, and remove hazards by turning them into blocks), Can gain Aura and Invulnerability to attacks while in his "Awakened Zero" state, Expert Martial Artist (Can use various martial arts moves such as the Hadoken and Shoryuken), Non-Physical Interaction, Stealth Mastery, Vehicular Mastery; Resistance to Mind, Soul and Biological Manipulation (Largely unaffected by the Nightmare Virus that could alter the DNA and Soul of Reploids, unaffected by Omega's use of the Dark Elf), Magnetism Manipulation (Via being superior to Bass), Matter Manipulation, Absolute Zero (Unaffected by the ice weapons used by various Reploids, which exceed the potency of weapons used by Robot Masters like Cold Man and Concrete Man, who could reduce things to absolute zero and turn things brittle enough to shatter with a touch respectively), Space-Time Manipulation (Was completely immune to X's use of the Dark Hold and is far superior to the original Mega Man, who could effectively fight while under the effects of Time Man's Time Slow), Corruption (Type 2: can withstand the Sigma Virus's influence and be in fact amped by it), Black Holes | Reactive Power Level (Can obtain new forms that amp his strength, speed, durability and other statistics by continuously fighting), Information Manipulation through the use of various Cyber Elves, which allows for Status Effect Inducement (Such as Paralyzation, Transmutation, Health Reduction and Erasure of foes), Matter Manipulation, Soul Manipulation, Biological Manipulation and possibly Mind Manipulation (Cyber Elves can emulate the power of the Mother Elf on a smaller scale)

Speed: Massively FTL+ combat speed (On par with X, who can outrun black hole attacks. Him and Axl wiped a mob of enemies at these speeds) and travel speed via teleporters | Massively FTL+ (Fought on par with Mother/Dark Elf wielders like X and Omega. Kept up with the Dark Elf and Omega during the Elf Wars and in their rematch, and is thus considerably superior to Axl and his previous state) 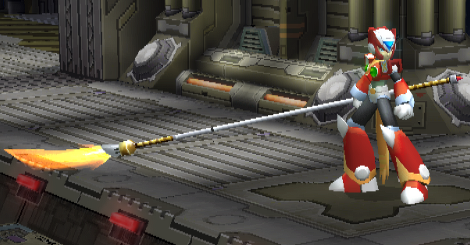 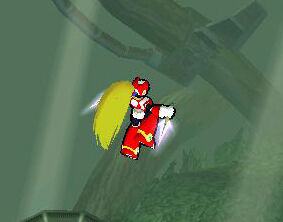 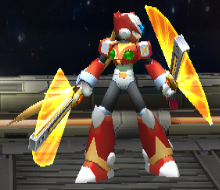 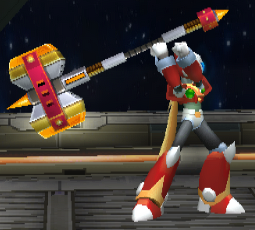 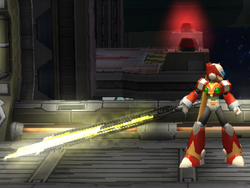 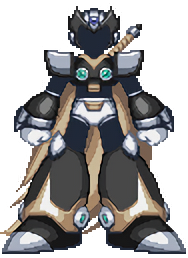 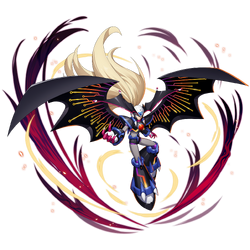 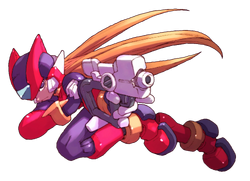 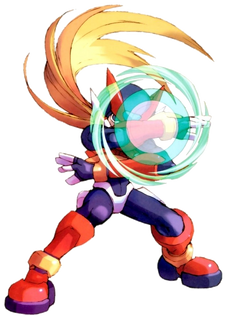 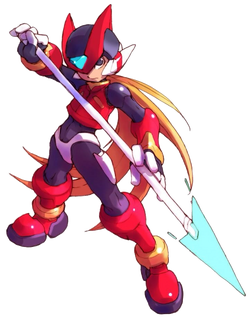 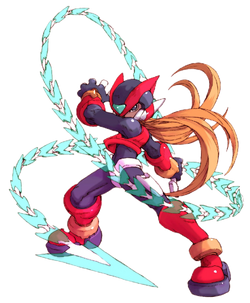 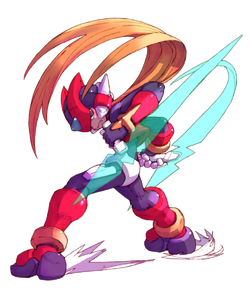 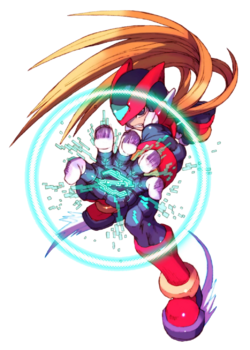 Intelligence: Hundreds of years of combat experience and an experienced leader and hunter. A master infiltrator (leader of the 0th Shinobi Corp) and the foremost swordsman amongst the Maverick Hunters as well as a skilled marksman. Cool-headed and taciturn, he rarely loses his composure and always finds a way to achieve victory. Even after losing his memories during the events of Mega Man Zero he retains his legendary combat technique and determined personality, allowing him to take down the likes of Copy X and calling the fight disappointing when compared to the original X

Weaknesses: Mentioning Iris is a sore spot for him | None notable 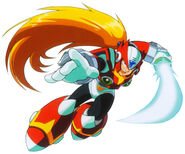