VS Battles Wiki
Register
Don't have an account?
Sign In
Advertisement
in: Fairy Tail, Characters, Humans,
and 49 more 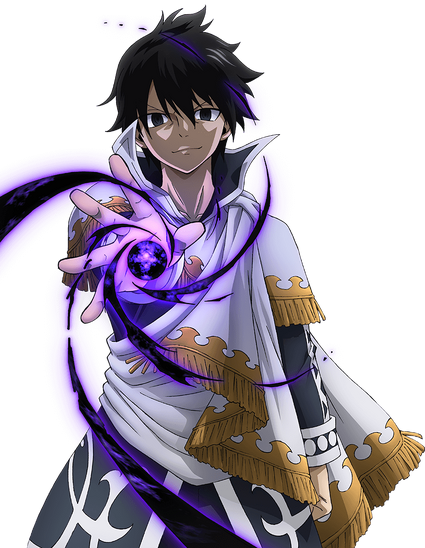 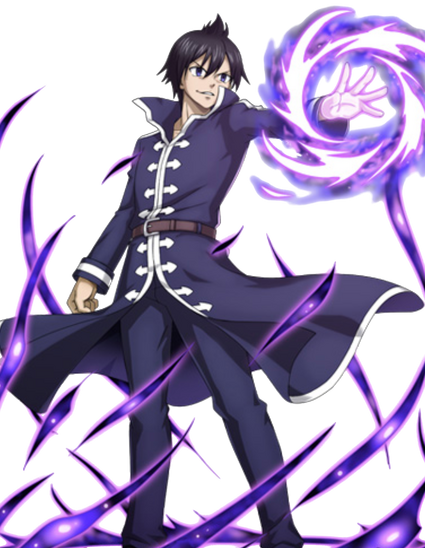 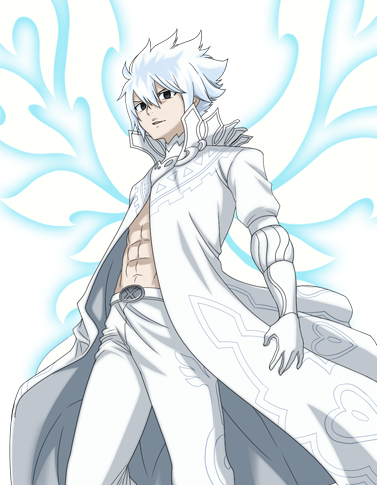 Zeref Dragneel was considered to be the strongest, most evil Mage of all time, who possesses extremely dangerous, and powerful Magic know as the Black Arts. Around 400 years ago, he was cursed by the God Ankhseram with the Curse of Contradiction. After this, Zeref wished to die and created the Etherious in the hopes that they would kill him, eventually reviving his brother as the strongest Etherious, E.N.D. (Etherious Natsu Dragneel). He is the founder and Emperor of the Alvarez Empire, under the alias of Emperor Spriggan. He is the older brother of Natsu Dragneel, lover of Mavis Vermillion, and father of August.

Superhuman Physical Characteristics, Magic, Empowerment (His emotions directly translate into magic power and his strength grows more powerful as said emotions get stronger), Absorption (Can absorb magic power from others when given enough time. All Mages passively absorb Ethernano from the atmosphere to regenerate their Magic Power), Martial Arts, Death Manipulation, Telepathy, Time Stop, Necromancy, Genius Intelligence, Telekinesis, Teleportation, Durability Negation, Fire Manipulation, Life Manipulation, Light Manipulation, Soul Manipulation (His Ankhseram Black Magic is able to exorcise someone's soul from their body), Extrasensory Perception, Barrier Creation, Regeneration (At least Mid for his Physical Body, Mid-High for his Soul. Zeref is able to instantly heal injuries such as severe burns or deep wounds and overtime he is able to recover from decapitation. His soul is able to regenerate from being completely vaporized as long as his Physical Body still exists), Immortality (Types 1, 2, and 3), Self-Sustenance (Type 2), Healing Negation (His Ankhseram Black Magic is able to block[1] and prevent Wendy’s Heal from working[1]), Summoning (Can summon multiple demons he created from his Book of Zeref), Purification (Via Law), Possible Fear Inducement (Via Law), Corruption (Zeref's books corrupt those that try to change them), Limited Biological Manipulation (Can change the appearance of something but it still retains its original properties), Sealing (Completely sealed the Space Between Time), Resistance to Empathic Manipulation (Resisted the effects of Larcade's Pleasure Magic), Corruption (Zeref was unaffected by the corrupting effects of his books), Time Manipulation (Possesses greater control over Time Magic than Ultear), Magic Nullification (Resisted this ability when Keyes used it), Death Manipulation (Resisted Mavis' Ankhseram Black Magic, which shares a similar nature as his own), Soul Manipulation (Resisted Franmalth's soul extraction, and was unaffected by Larcade's Pleasure Magic which affects the soul), Possible Resistance to Existence Erasure (Should be capable of surviving Genesis Zero and Memento Mori), Possible Resistance to Conceptual Manipulation (Type 2. Should be capable of surviving Memento Mori)

Same as before, Dimensional Travel (Is able to travel to the Space Between Time), Fusionism (Was able to fuse Fairy Heart and Space Between Time together to create Neo Eclipse), Space-Time Manipulation (Stated to possess complete control over space and time. Can completely revert all damage done to him and inanimate objects, as even after Natsu utterly vaporized his whole body and part of the Fairy Tail Guild[2], he was able to effortlessly rewind his body and the guild back to normal[2]. Neo Eclipse has the power to reset time back at least 400 years and allow Zeref to relive his life[3].), Acausality (Type 1)

Stamina: Extremely large (Took a full powered attack from Fire Dragon King Mode Igneel's Power Natsu without blocking it and kept standing, even after taking severe injuries from the attack. As an immortal, Zeref can survive all kinds of critical damage, being able to recover immediately from injuries such as severe burns and even decapitation) | Limitless (Fairy Heart is an infinite source of magic power that will never run out)

Intelligence: Extraordinary Genius (Zeref possesses centuries worth of knowledge, having mastered all of the Black Arts known in the world and he himself has also developed many new advanced magics. As a child, he was able to invent the R-System, which was a device that had the power to revive the dead. He was also able to create the Eclipse Gate, which allowed the user time travel, as well as create thousands of his own race of demons known as the Etherious. As well, Zeref was able to form the Alvarez Empire, with it being made up of around 730 guilds and being one of the most powerful nations in the world. Zeref also managed to develop Neo Eclipse which was a spell that had the power to reset the time itself back at least 400 years. Zeref is also a very skilled hand-to-hand combatant, being able to fight and match Natsu, who is known for being one of the best brawlers in the series. Zeref is likely the smartest person in the entire Fairy Tail world that we have met so far)

Weaknesses: His magic will go out of control as long as he values life. After the Grand Magic Games Arc, it is shown that he no longer feels the need to value life, and that as long as the world continues to reject him, he will reject the world, making the drawback of him losing control of his magic no longer an issue. The Curse of Contradiction can sometimes cause Zeref to have contradictory thoughts. The Immortality granted by his magic can be removed due to the contradictory nature of the power.

Ankhseram Black Magic: It is a Black Art that allows Zeref to produce a black matter that kills any living thing it touches. This Magic seems to be uncontrollable at times, causing it to burst out randomly, killing anything within a certain radius around him. However, when Zeref forgets the value of and no longer cares about human life, he can fully control this Magic, and become the ruthless, cold-hearted Zeref spoken of in legend. Certain Magic Items can protect people from Ankhseram Black Magic, such as Natsu Dragneel's scarf. This Magic also appears, contrary to the nature of the Black Arts, unable to be learned, as Zeref only gained this curse-like Magic by upsetting the ancient God of life and death, Ankhseram, who apparently bestowed this upon Zeref due to his making light of the connections between life, death, and people in his race to bring his brother back to life. The side effect of this Magic is both immortality and the inability to age, and it is also said that no matter what, Zeref can not be killed, even if he loses his head. Owing to his status as an immortal, if Zeref has gone at least a short amount of time with receiving damage occurring in successive intervals, his wounds heal without a trace.

Living Magic: A very ancient, long-forgotten form of Magic that breathes life into an object. Some of Zeref's creations are sentient and seek to further Zeref's former, as-of-yet unknown, evil desires. Most of the beings that Zeref created were Demons.

Immobilization Magic: A Black Art of Zeref's that allows him to freeze time for all except those he chooses to remain mobile. After casting this Magic, the surrounding area and all those affected by the Magic appear inverted in color, while those unaffected stays as they are.

Enchantment: Zeref has been shown to be a master Enchanter. He was capable of morphing Irene's dragonized form into the physique of a human, something which she, a very skilled Enchanter herself, was not able to do.

Law: Although he was never shown to use it, Zeref was the one who taught this supreme type of Black Magic to Mavis, in order for her to fight for her friends. When this spell is activated, a bright light envelops the area and inflicts heavy damage on the user's target. This spell is so powerful that it was able to completely counteract the effects of the Tenrou Jade.

Fairy Heart Form: Zeref, after activating the Magic of Fairy Heart and the Space Between Time, accesses a mode that he claims is the power of a "God of Time and Space." In this form, he becomes entirely white overall, with an intricate clothing design as well as wings. Due to Fairy Heart's infinite Magic Power and the Space Between Time's Power, he can control time and space, as when Natsu blew him back with a powerful attack, he reformed his being as well as the area that was destroyed with ease. After attaining this form, his magic power increases exponentially and surpasses even that of Etherion and the Dragon Cry, while also having the potential to possibly surpass Acnologia.