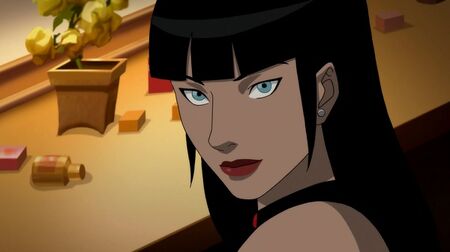 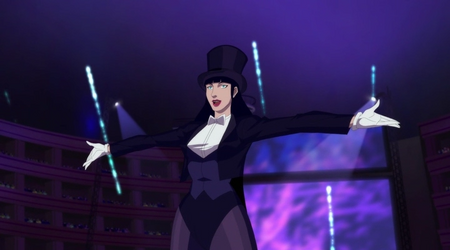 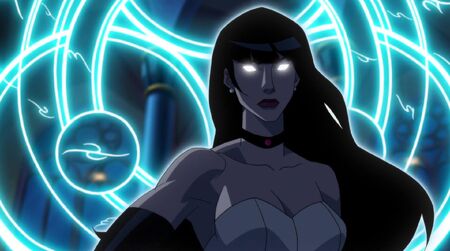 Zatanna is the Mistress of Magic and a member of the Justice League. She is also a close friend to Batman and has an on-again, off-again relationship with John Constantine. She is one of the main characters of the 2017 animated movie Justice League Dark.

While she acts like a stage magician, she's a witch with extremely powerful supernatural abilities which she fears losing control over.

Peak Human, Magic, Telekinesis, Energy Manipulation and Projection, Light Manipulation, Explosion Manipulation (Can generate powerful explosions of magical energy), Paralysis Inducement (Restrained Superman with her magic), Absorption (Can store magic in her wand in case she loses her ability to speak), Portal Creation, Power Nullification (Was able to dispel the moving platform that Constantine conjured), Creation (Can create objects out of nowhere), Enhanced Senses and Extrasensory Perception (Can percieves spirits as well as other beings and objects that are invisible to human eyes), Flight, Teleportation (Of herself and others, made three elephants disappear and can do the same with other living beings and objects)

All the previous powers to a much greater extent plus Aura (Naturally generates an extremely powerful aura that makes her invulnerable to most attacks, including magical attacks), Matter Manipulation and Transmutation (Transmuted magical energy and pure lightning into physical matter to create a giant sword), Deconstruction

Attack Potency: Street level physically, at least Multi-City Block level, likely higher (Restrained Superman, albeit with some difficulties. Stated by Felix Faust to be the only threat among the members of the Justice League Dark) | Unknown but far higher (Immensely stronger than before and overpowered Felix Faust without any difficulties. Described as a living force of nature, with even Constantine being afraid of what she's capable of once unrestricted)

Speed: Likely Athletic Human physically, Massively Hypersonic+ via Magic (Was able to restrain Wonder Woman and Superman before they could attack Batman) | far higher while unrestricted (Overpowered Felix Faust before he could even react)

Durability: Street level physically, higher via Magic (Resisted to multiple attacks from Felix Faust) | Unknown but far higher (Was completely unharmed by anything Faust threw at her)

Range: Standard melee range, at dozens of meters with Magic

Standard Equipment: Her Outfit, Her Hat, Her Wand

Intelligence: Gifted. Zatanna is an experienced magical user, being trained in magic since her childhood by her father who was himself a master sorcerer.

Weaknesses: Cannot use Magic if she loses the ability to speak. Stored magic is far weaker than her regular powers. While she possesses an extreme amount of magical power, she has very limited control over it and it takes a lot of her energy when she performs particularly great feats of magic.

Retrieved from "https://vsbattles.fandom.com/wiki/Zatanna_(DC_Animated_Movies)?oldid=5885534"
Community content is available under CC-BY-SA unless otherwise noted.