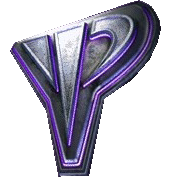 The Soviet Psychic Corps operated within secrecy within the Soviet Union manipulating events. It was founded by the direction of Joseph Stalin but did not become practical until Stalin's successor Alexander Romanov was in charge during the Third World War. After the Soviet Union was defeated again Yuri and his psychics defected to form an army of their own intending to use their Psychic Dominators to control all the minds in the world.

Tier: 7-B with Psychic Dominator (stated to be equal to Soviet Nuclear Missiles)

Age: Operated within the Soviet Union for several decades that was independent for about a year on their own.

Territory: Held scattered positions through the world, including Transylvania, the Antarctic Peninsula, Egypt, Totoya Island, and even one on the Moon in Mare Tranquillitatis.

Attack Potency: 7-B for the Psychic Dominator. Most conventional forces have between 9-A to High 8-C.

Power Source: Yuri could produce some power from conventional means, but his main source of power was to have people (including mind-controlled victims) put in his "Bio Reactors" that could use the human body as a power source.

Industrial Capacity: Thanks to mostly automated construction vehicles can be quickly produced when needed. Uses of cloning and mind controlling enemies and civilian population allow troop levels to be easily bolstered when needed.

Military Prowess: Unknown, but likely in the several thousand for his own forces as well as mind-controlled enemies and civilian populations. Rapid cloning also helps with this.

Notable Individuals: Yuri himself is the only known leader in this group. Possibly because his psychic powers allow him to command his entire military himself eliminating the need for generals and commanders.

Weaknesses: Since Yuri avoids dependence on conventional weapons forces that are immune to Yuri's non-conventional means of warfare may have an advantage.

Add a photo to this gallery
Retrieved from "https://vsbattles.fandom.com/wiki/Yuri%27s_Psychic_Army?oldid=4587330"
Community content is available under CC-BY-SA unless otherwise noted.