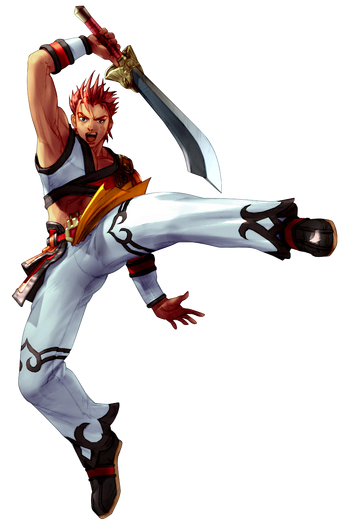 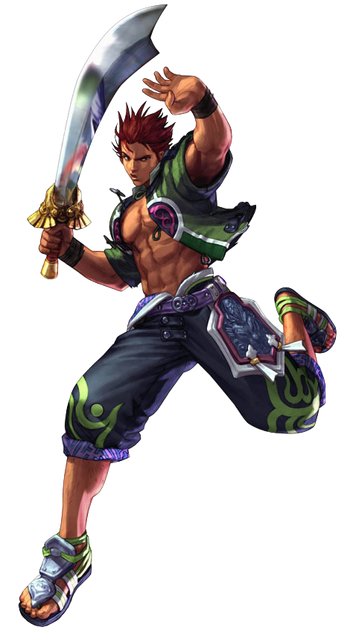 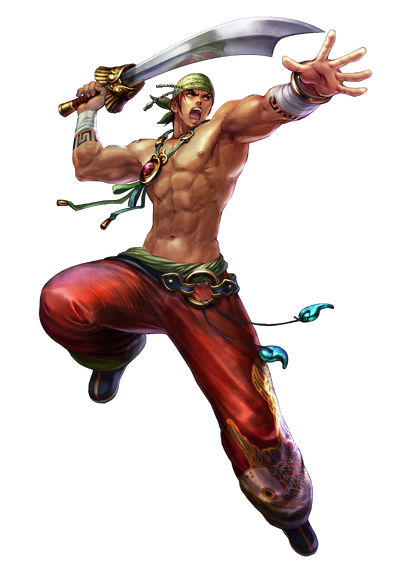 Hong Yun-Seong is a character from the Soul series first appearing in Soul Calibur ll. He is an energetic, prideful and strong young warrior who is searching for Soul Edge. He serves as the successor of Hwang from Soul Blade and Soul Calibur. Idolizing Hwang as a child and a goal to surpass, Yun-Seong is searching for Soul Edge to gain power so that Hwang would see him as a true opponent and fight him.

Powers and Abilities: Superhuman Physical Characteristics, Sword Mastery, Martial Arts, Limited Durability Negation (With Machete. Can Pierce through defenses and deal small amounts of damage), Passive Statistics Amplification (With Giant Butcher Knife, Qing Long and Han Guang. All passively increase Yun's attack power. Qing Long increases all of Yun's stats when he becomes weakened), Limited Invisibility (With Cheng Ying. Unless it is dusk or dawn, one cannot see Chen Ying), Life Force Absorption (With Ramdao. Drains the opponent's Life Force each time he hits the opponent and in turn, heals him), Han Guang has no physical presence and as such the opponent will never know if they have been cut by it, Explosion Manipulation.

Attack Potency: At most City level (Comparable to Seong Mi-na)

Speed: Superhuman with Supersonic+ reactions (Comparable to other characters such as Talim)

Intelligence: Average (Yun-Seong is a highly skilled fighter who focuses on overwhelming opponents with an endless barrage of kicks and slashes added on with his natural athletic ability)

Weaknesses: Can be too arrogant or prideful. Han Guang saps his Life Force if he uses it.

Note: Many of Yun-Seong's abilities require him to be equipped with a certain weapon. As such in a battle, the creator should specify what weapon(s) Yun-Seong has in the battle.