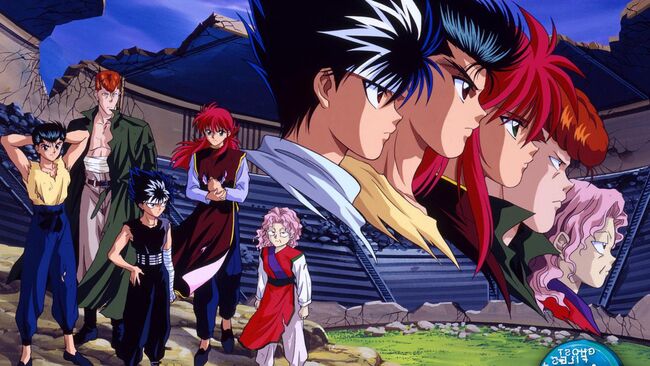 The story follows a teenager named Yusuke Urameshi who, through a series of unfortunate events, becomes a spirit detective and basically hunts down demons causing trouble and along the way is joined by his close friend Kuwabara and then Hiei and Kurama who helps Yusuke on his spirit detecting quests.

Yu Yu Hakusho is overall a decently powerful verse. The verse has a unique system of power-scaling whereby entities are placed in a certain class depending on their power level. These classes are E, D, C, B, A, and S (in increasing order of power).

E and D classes consist of regular humans to peak humans as well as some superhuman entities who range from normal human level to Small Building level. C and B classes are monstrously powerful and range from Large Building level middle C-class beings to Large Town level upper B-classes. The true power-houses of the verse are the A-class and S-class. Upper A-classes are in the likely Continent level range of power while lower S-class beings such as Sensui have casual Continent level feats at 20% power and can easily destroy countries. God tiers such as those beings ranked as upper S-class are well into Multi-Continent level.

In terms of speed, the E and D classes are nothing to write home about while C and B classes range from Supersonic to High Hypersonic. A and S classes are Massively Hypersonic. In terms of hax, the verse boasts of plants capable of instantly draining a person's life force or binding them in a dream for eternity, mind manipulation, paint which instantly paralyses anyone who touches it, purification spells which can instantly kill anyone who does not have a pure heart, demons and spirit weapons that can cut through dimensions, an empowered ring which can contain Multi-Continent level threats with a powerful barrier, and more.