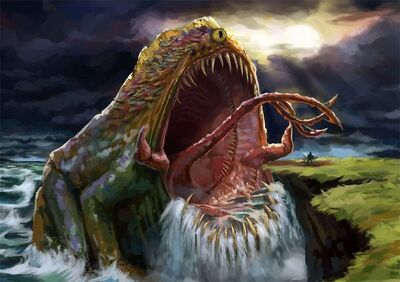 Ythogtha is one of the sons of Cthulhu and its mate Idh-yaa. He is absolutely monstrous in stature, as a single one of his claws has been mistaken for a gargantuan head. Ythogtha is imprisoned in the Abyss of Yhe and is served by the planarian-like yuggs.

Durability: At least Small Country level via sheer size, likely far higher (Great Old Ones are not made of conventional matter or energy, and are thus nearly impossible to actually hurt by most means)