VS Battles Wiki
Register
Don't have an account?
Sign In
Advertisement
in: Characters, Yu Yu Hakusho, Antagonists,
and 26 more 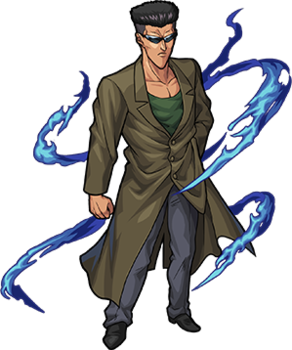 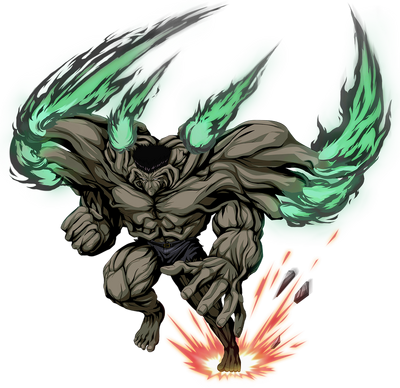 Younger Toguro, more commonly known as Toguro, was the main antagonist and the final opponent of the Dark Tournament Saga. He served as the leader of both the Apparition Gang and Team Toguro, alongside his brother, Elder Toguro, Bui and Karasu.

Classification: Demon (Used to be a human)

Powers and Abilities: Superhuman Physical Characteristics, Longevity, Acrobatics, Demonic Energy and Ki Manipulation, Air Manipulation (Able to flick air with his thumb so fast it has an effect like bullets from a machine gun), Enhanced Senses (Has an acute hearing), Aura, Soul Manipulation (Able to absorb the souls of weaker humans and demons in a large radius around himself), Weapon Mastery, Skilled Martial Artist, Regeneration (Mid-Low, regenerated a chunk of his arm Genkai shot off with a Reigan), Able to greatly enhance his muscles and altering his muscle structure to a prodigious extent (Allowing him to augment his physical capacity), Extrasensory Perception (Can feel the aura), Sound Manipulation and Shockwave Generation (Destroyed Yusuke's Reigan with a scream)

Lifting Strength: Class K (Able to carry the Dark Tournament Ring around on his back with no issue in a far weaker percentage than 30% form) | Class M (Far stronger than a form that could carry around a ring weighing over 1,000 tons on his back) | Class M | At least Class M (Completely halted the forward motion of Yusuke’s most powerful Reigan. A much weaker Reigan barreled through a thick stadium wall, a skyscraper-sized slab of concrete and a few kilometers of forest via pure momentum)

Range: Extended melee range (His punches create surges in the air that destroy things), tens to hundreds of meters with projectiles.

Standard Equipment: Toguro can use his older brother as a shapeshifting tool.

Weaknesses: Toguro literally cannot fly, and is heavily lacking in truly powerful ranged attacks other than his Finger Bullets and Deadly Arm Sweep.