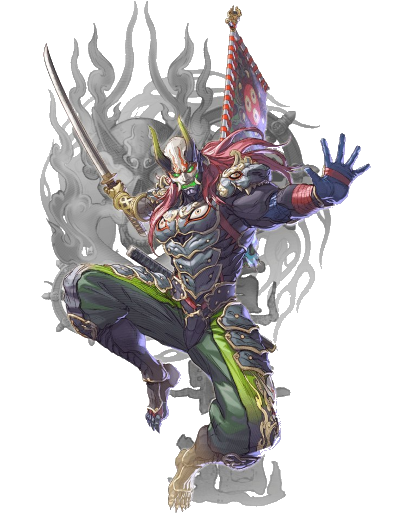 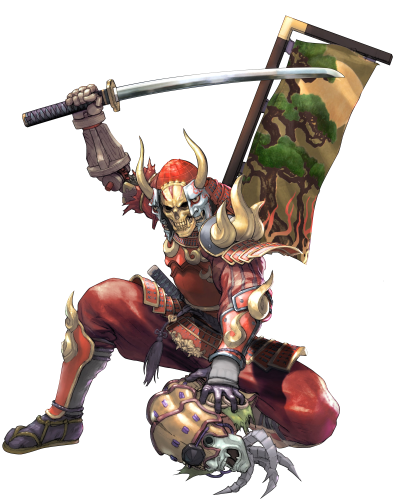 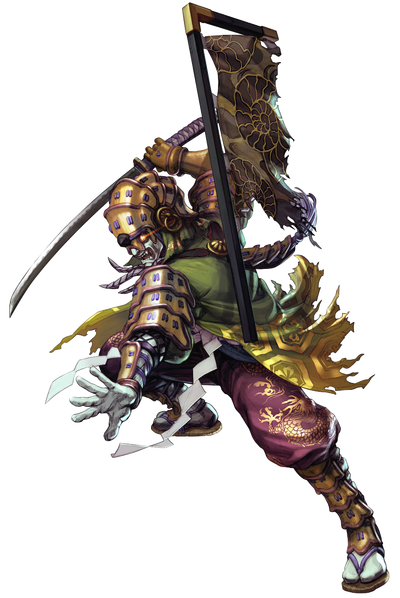 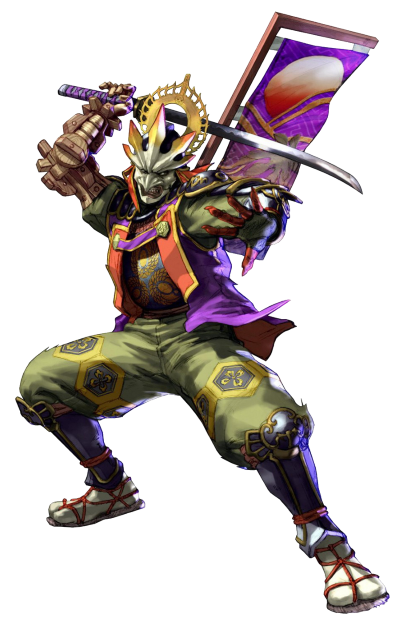 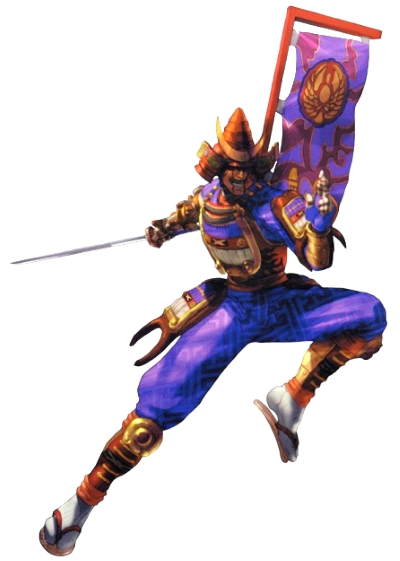 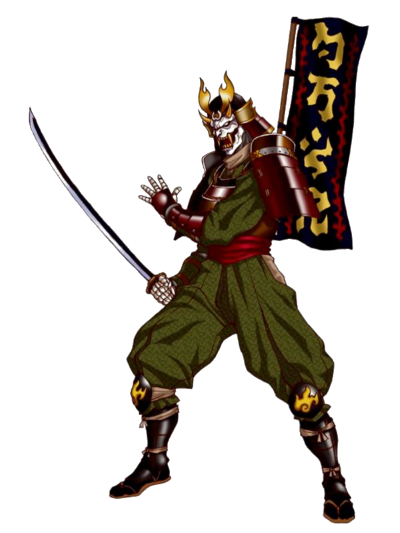 Yoshimitsu is a reoccurring character in the Soul Calibur franchise. He is the leader of the Manji clan and is a thief who gives back to the least fortunate. After his Manji Clan was killed by Oda Nobunaga. Due to this, he is searching out Soul Edge in order to exact his revenge. It is implied that Yoshimitsu is the ancestor of the same Yoshimitsu from the Tekken series.

In Soul Calibur V, the original Yoshimitsu was replaced with a new successor known as Yoshimitsu ll.

Attack Potency: City level+ (Can fight the likes of Voldo. Shares a destined battle with Tira and is more than likely comparable to her) | Large Town level+ (Comparable to characters such as Voldo and Taki. Fought Sophitia, although Sophitia was not going all out)

Note: Many of Yoshimitsu's abilities come from the various weapons he can equip. As such, in battle the creator should specify what weapon(s) he is allowed to have.