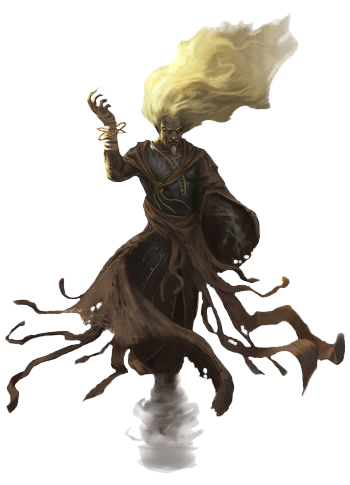 Yan-C-Bin is the elemental prince of air and evil winds. While his form is as fickle as his element, constantly changing, he tends to appear as a tall, long-haired humanoid or merely a mass of dreadful wind with piercing eyes. He is the wisest of the elemental princes, and tended to abuse underhanded tactics to further his goals.

He is the enemy of Ogrémoch- his winds constantly erode the elemental's stones.

Attack Potency: At least Island level+ (Comparable to Imix, who passively converts any biome he's in until it becomes a desert)

Durability: At least Island level+ (Can withstand attacks from other elemental lords, stated to have battled against the demons of Pazuzu, which should include creatures like a Balor)

Intelligence: Extraordinary Genius, maintains an intelligence score of 22 making him comparable to an Elder Brain

Weaknesses: Creatures of the air are constantly aware when Yan-C-Bin is on the same plane of existence as him 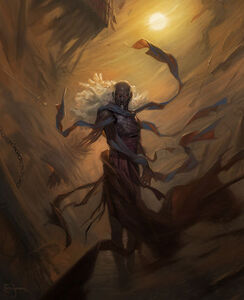 Yan-C-Bin as he appears in Dungeon Magazine #199 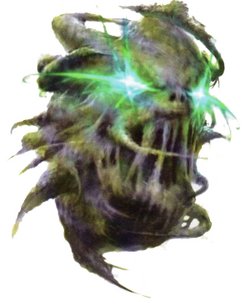 Retrieved from "https://vsbattles.fandom.com/wiki/Yan-C-Bin?oldid=4140529"
Community content is available under CC-BY-SA unless otherwise noted.