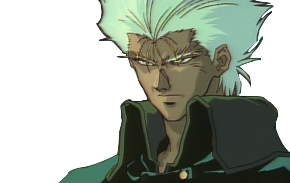 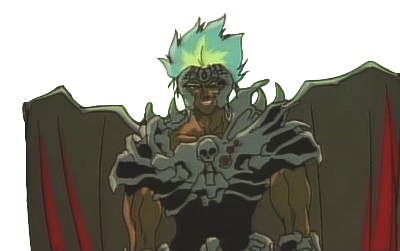 Yakumo is the main antagonist of Yu Yu Hakusho The Movie: Poltergeist Report. He is the king of the Netherrealm that raged war against the Spirit World, but he and his army were defeated and banished away by King Enma. After returning, he enacts of his plan to power the Netherrealm and make the Spirit World forever inaccessible.

Attack Potency: At least Large Town level (Easily defeated Genkai and Yusuke) | Continent level (Required the combined final attack of Team Urameshi powered by the Power Sphere in order to heavily weaken him), Planet level with the Power Sphere (Was going to recreate a world the size of Demon/Spirit world which is the size of earth, although is not useful in battles)

Durability: At least Large Town level | Continent level (Can tank attacks from Team Urameshi all together)

Stamina: Very high. He is able to fight all four members of Team Urameshi without getting exhausted.