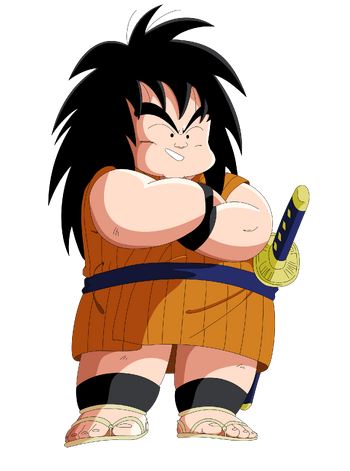 Yajirobe (ヤジロベー) is a human ronin who met Goku while the latter was searching for Tambourine.

Age: 45 during the Universe 6 Saga

Attack Potency: At least Large Building level (One of the strongest humans alive; comparable to Goku following the 22nd Budokai. Casually killed Cymbal) | Planet level (Trained with the other Z fighters and has a power level higher than that of Piccolo at the time when he destroyed the moon), higher with his katana (Sliced Oozaru Vegeta's tail off)

Weaknesses: Yajirobe is cowardly and lazy.