Xerneas (Japanese: ゼルネアス Zeruneasu) is a Fairy Type Legendary Pokémon introduced in Generation VI. It is the mascot for Pokémon X. It is Yveltal's counterpart.

Attack Potency: At least Planet level (Is the Tree of Life embodied, which is what allows the Earth to revolve around the Sun), likely Solar System level (Is slightly stronger than 50% Zygarde)

Weaknesses: Steel and Poison Type moves. Fairy Aura's effects can be reversed if a fighter has Aura Break. Outrage leaves Xerneas confused afterwards although it will eventually snap out of it. Take Down causes recoil damage and Close Combat lowers Xerneas's defenses.

Was being used by Lysandre to power AZ's Ultimate Weapon. 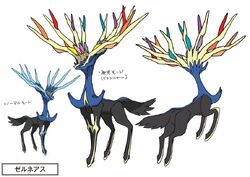 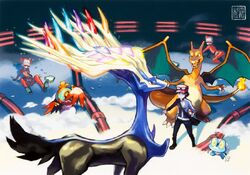 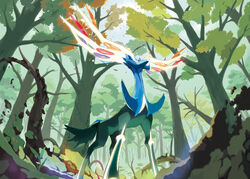