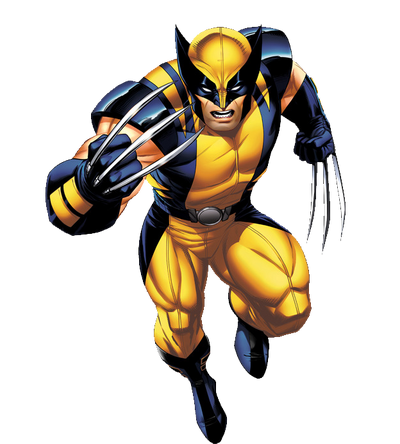 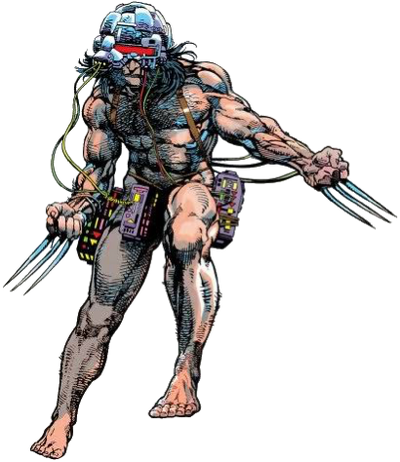 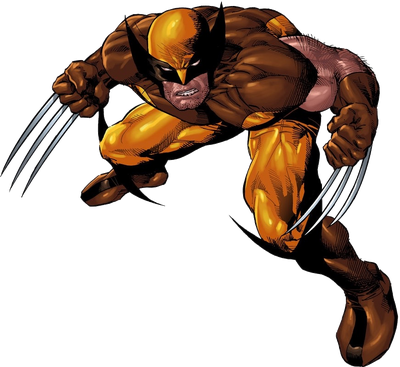 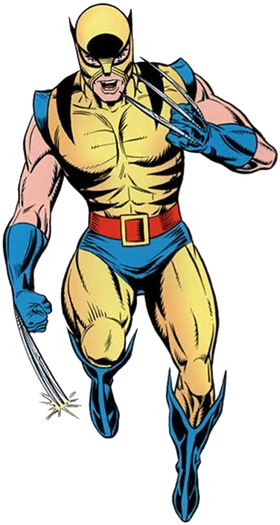 James Howlett, also referred to as Logan and is best known as Wolverine, is a recurring member of the X-Men and arguably its most famous member. Known for his rough-and-tumble, brutish personality, he is nevertheless a good-hearted man who fights for man and mutant alike. His mutant ability allows him to protrude claws of bone out of his knuckles and incredible regenerative abilities that allow him to recover from even the most lethal wounds and slows his aging, remaining in his physical prime despite being born in the 1880s.

He suffered from a troubled upbringing mired in tragedy, living a nomadic life until he was seized by the Weapon X program, which wiped his memories of his former life and fused the nearly indestructible adamantium alloy to his skeleton in an attempt to turn him into a living weapon. After debuting as Canada's first recognized superhero, Logan is later recruited by Professor Charles Xavier to join the X-Men, a group of mutants dedicated to promoting coexistence between human and mutantkind and fighting crime around the world.

Powers and Abilities: Superhuman Physical Characteristics, Natural Weaponry, Enhanced Senses (Wolverine possesses animal-like senses such as night vision as well as hearing and a sense of smell comparable to an actual wolverine's. Can smell whether a person is lying, and detect emotions and feelings and can even track a person from the lack of their scent), Longevity, Immortality (Type 3), Regeneration (Low-High; can regenerate from having his heart destroyed, and Old Man Logan, who has a weaker healing factor, can regenerate from being shot in the head with a healing factor negating bullet after having it removed. Regenerated cell by cell after being reduced to a near skeleton by Nitro's self-destruction), Master Hand-to-Hand Combatant (Stated by Captain America to be one of the most skilled opponents he ever fought.Can clear the danger room at its maximum settings alone), Stealth Mastery (Can disappear before his opponents eyes. Infiltrates a UN conference and the Avengers Tower), Weapon Mastery (Bested Silver Samurai, can beat several swordsmen blindfolded and possesses an impeccable aim), Pressure Points (As shown here. Knocks out Captain America by giving him an aneurysm), Instinctive Reaction (Can move without thinking, thanks to his instincts, training, reflexes and experience, states he can move faster than he thinks), Rage Power (As explained here), Berserk Mode (Possesses a "Berserker Rage" that renders him feral, fighting purely on instinct and becoming difficult for even the most powerful telepaths to control), Resistance to Mind Manipulation (As explained here. His feral psyche actively attacks an invader. Resists Emma Frost), Pressure Points (As shown here), Poison Manipulation (As shown here), Radiation and Disease Manipulation (Resists spore, a disease which infected the Eternals, resists Contagion virus and can resist lycanthropy), can duel Death for the right to return to his body when he is killed

Attack Potency: Building level physically (Comparable to Captain America. Easily recovered from a Daredevil sneak-attack and put him in a hold. Casually disarmed and defeated the Winter Soldier). Solar System level with Adamantium claws (He has successfully stabbed the Hulk, Thor, and Thanos). He can negate regeneration with the Muramasa Blade

Stamina: Very High (He can fight for several days without stopping, can hold his breath for 6 minutes, etcetera.)

Intelligence: Genius in combat. Gifted otherwise. (Wolverine is considered the top covert operations agent in the world. He has mastered dozens of different martial arts styles. He has intimate knowledge of pressure points and human anatomy, decades of combat experience against all types of international and intergalactic opponents, acute combat reflexes, and expert knowledge of dozens of languages and world cultures.)

Weaknesses: Carbonadium can weaken his healing factor. His metal skeleton makes him susceptible to attacks based on electricity, magnetism, and Antarctic Vibranium (which dissolves atomic/molecular bonds within metals). Wolverine can die from decapitation, suffocation, metal poisoning without his healing factor, and destroying all of his cells.[1]