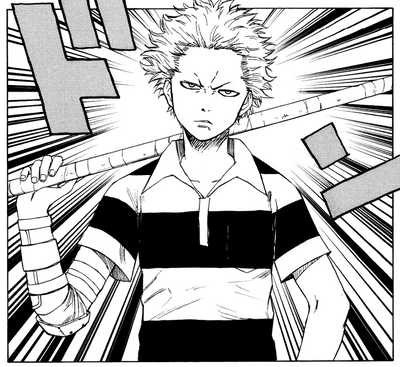 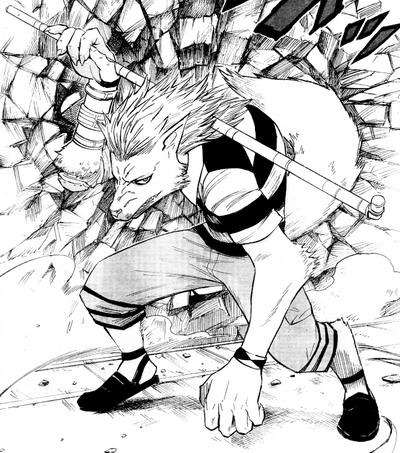 Wolf is a half-werewolf and the son of the current King of Makai, Father Wolf. Currently, he is banished to Lower Makai and is the leader of several combined western territories. He's also a long time friend and rival to Staz.

Powers and Abilities: Superhuman Physical Characteristics, Maryoku Manipulation (Maryoku functions similarly to Chi, exists in place of a Soul and fuels a demon's Magic), Transformation (Can transform into his full Werewolf form), Statistics Amplification (Through transfroming), Can infuse his metal rod with his Maryoku making it an extension of himself, Can fire off shockwaves from his claws while transformed, Limited Body Control while Transformed (Can grow his claws much longer) | Same as before but to a greater extent plus, Extremely skilled at dodging to the point where it almost seems like Precognition and Can draw enemies and objects towards him

Speed: At least Superhuman (Is notably faster than most other Demons)

Intelligence: Wolf is a skilled brawler, but lacks any formal education

Weaknesses: His werewolf transformation only lasts for three minutes and uses up almost all of Maryoku, leaving him defenseless

Sans (Undertale) Sans' Profile (Fight happens in the Judgement Hall, Speed is Equalized. Post-training Wolf and both are in character)