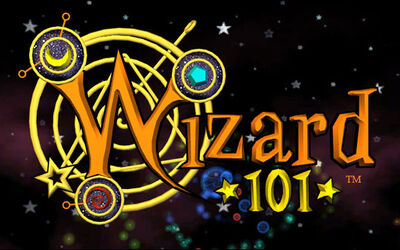 Wizard101 chronicles the journey of a young wizard who is plucked from his/her homeworld to attend the Ravenwood School of Magical Arts. As a student of one of seven primary schools of magic, the protagonist almost immediately finds themself involved in thwarting the plans of the former Death School teacher: Malistaire. Through a series of adventures, the wizard visits several unique worlds, gaining power and continuing his/her fight against the various antagonists of the Spiral (Morganthe, Malistaire and Grandfather Spider).

To learn the full history of the game, see here.

This is a surprisingly strong universe for an MMO. Wizards summon creatures and aspects of creatures that are up to star-level by virtue of sheer size alone. The protagonists have abilities ranging from raising the dead in several worlds simultaneously, to crystallizing an entire city's population, to literally dragging the stars from the sky.

The god tiers of the verse are capable of destroying the very fabric existence and creating brand new universes from scratch. The Divine Beings of the verse, which include Grandmother Raven, Bartleby and Grandfather Spider have abilities such as Abstract Existence, Space-Time Manipulation, Conceptual Manipulation and passive Reality Warping on a multiversal+ scale, with 1 of them possessing Nigh-Omniscience and 2 possessing Omniscience with the Eyes Of Time. The Supreme Being of the verse, the Creator, stands at the top of the hierarchy at Low Complex Multiverse level and could be far higher due to a few implications by WoG.

In terms of speed, the majority of characters are Massively Hypersonic+, due to being able to "strike as fast as lightning".  However, the god tiers, the three Titans and the Player qualify for Immeasurable speed, due to existing beyond and being unbound by time.

The game still has time to grow as well, as there is a lot of lore that has yet to be touched up upon, so we can very likely see greater feats in the future.

To learn a quick summary of the hax in the verse, see here.

To learn the level of power in the verse, see here.

Servants of The Player: