VS Battles Wiki
Register
Don't have an account?
Sign In
Advertisement
in: Characters, Five Nights At Freddy's, Game Characters,
and 42 more 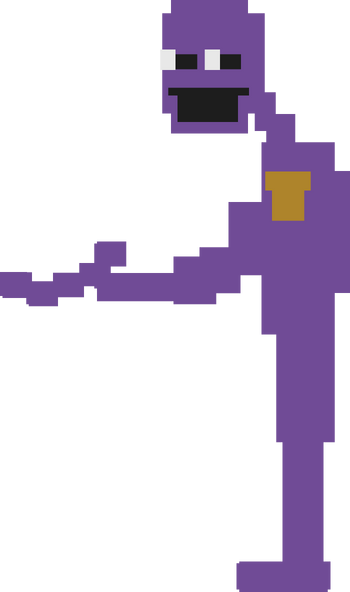 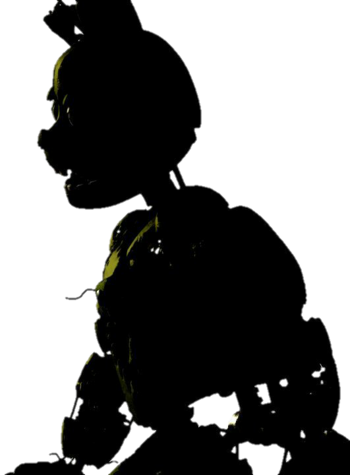 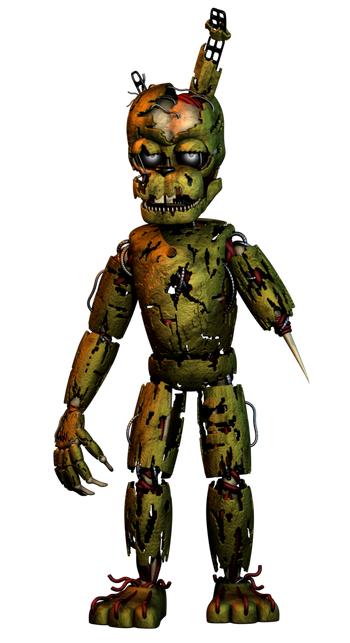 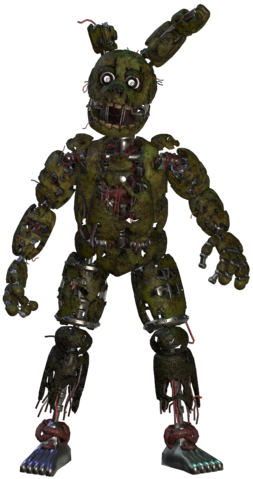 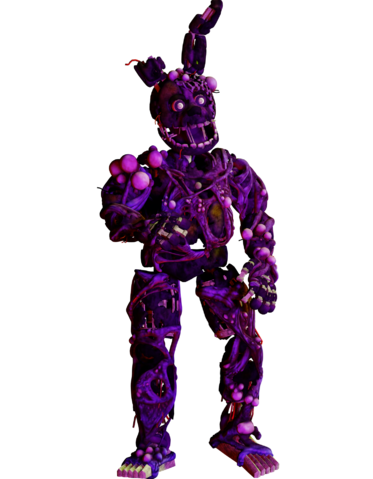 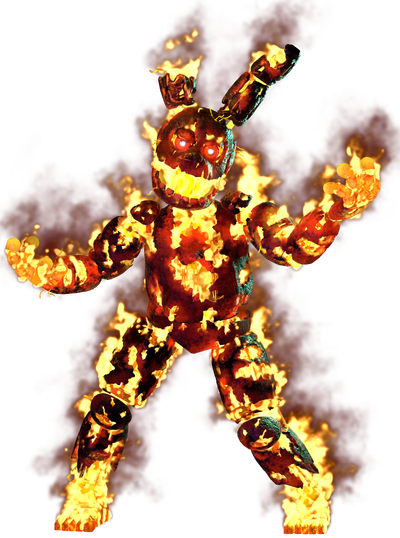 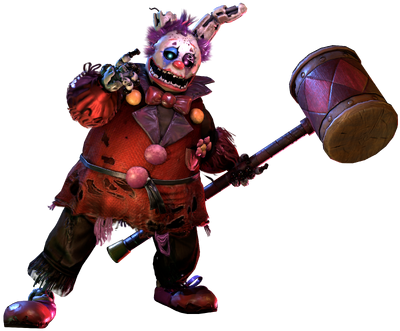 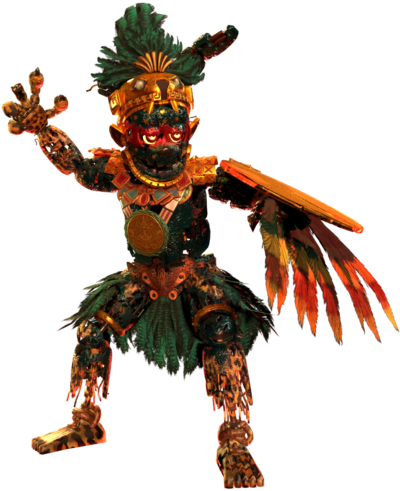 William Afton was one of two business partners who were the creators of Fredbear’s Family Diner and Freddy Fazbear's Pizza. Though much of his past is shrouded in mystery, what is known is that he was a serial killer who targeted children, and killed his friend Henry’s daughter. However, he was eventually forced into the Spring Bonnie suit by the ghosts of his victims, which sprung shut, killing him. Fusing with his preferred method of killing, Afton became Springtrap and ultimately was killed by Henry and his son Michael’s gambit to finally set the souls of the children to rest. However, unlike the souls of the children, Afton was stuck in an nightmarish coma, Being tortured and brought back, stuck inside the building with murderous animatronics. This did stop, though, as several years later, he ended up coming back as a digital virus known as Glitchtrap, planning on continuing where he left off all those decades ago.

Superhuman Physical Characteristics, Stealth Mastery (Could sneak around Freddy as shown in the FNAF 2 Death Minigame), Social Influencing (Was able to trick and lure kids into the backrooms to kill them, presumably happening multiple times)

All previous abilities, Self-Sustenance (Types 1, 2 and 3), Inorganic Physiology (Type 1), Immortality (Types 2 and 7), possibly Illusion Creation and Technology Manipulation (Possibly the one behind the apparition of the Phantom Animatronics, who can make the audio, camera, and ventilation systems malfunction), possibly Berserk Mode (Funko's Dark Springtrap is stated to be a form that Springtrap takes when extremely angry, which is based off his appearance in Sister Location's custom night), Resistance to Fire Manipulation (Managed to survive the burning of Fazbear's Fright, though he was still damaged by it)

All previous abilities, possibly Enhanced Senses and minor Technology Manipulation (Possibly causes lights to flicker when in his presence)

Superhuman Physical Characteristics, Immortality (Types 2 and 7), Inorganic Physiology (Type 2), Stealth Mastery, Invisibility (via Cloaking), Illusion Creation or Teleportation via Fake-outs (If the animatronics do not decloak during charges, only their eyes appear and they vanish after reaching the player), Technology Manipulation (The player's phone produces static when hovering over the animatronic's location although Springtrap produces less static than other AR animatronics, Can cause the phone to glitch out temporarily (Interference) though Springtrap does it more often, Haywires), Teleportation (Can have the Plushtrap CPU, which brings The Player to a new location altogether when encountered), Can be upgraded by feeding them Remnant, Resistance to Electricity Manipulation (Is more resistant to shocks than Freddy), likely all previous abilities (Despite being the original Springtrap, the canon of FNaF AR and VR may be slightly different then told in the original games)

Intelligence: Gifted. Springtrap is very elusive and stealthy, as he always hid in the darker corners of the cameras. He also retains the intelligence of William Afton, who made most of the Sister Location Animatronics and is a standout in the field of robotics. He knew about Henry's plan on getting rid of him for good.

Dominic Toretto (The Fast and the Furious) Dominic's Profile (FNAF 3 Springtrap was used, and speed was equalized)