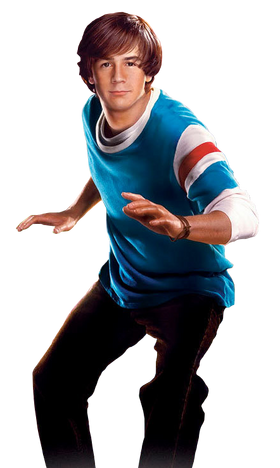 Will Stronghold is the main protagonist of the Disney film, Sky High. He is the son of the world's greatest superheros, the Commander and Jetstream. Will is by far the most powerful student at Sky High, having inherited both his father's super-strength, his mother's flight and possibly resistance to some attacks. He is usually targeted at his school by both the school bullies, Lash and Speed, as well as the machinations of family's arch nemesis, Royal Pain.

Powers and Abilities: Superhuman Physical Characteristics, Flight, Can cause shockwaves in the ground

Attack Potency: Large Town level (Lifted and stopped Sky High from falling, comparable to his dad who defeated a giant robot with one punch)

Speed: At least Massively Hypersonic+, possibly FTL (Tagged Speed, who has "lightning speed" and can outrun a beam of light at top speeds)

Durability: Large Town level (Likely took the brunt of the energy from Sky High falling, as the house under him suffered no visible damage)

Stamina: High (Fought with Royal Pain, taking heavy damage, and was still able to knock her clean out near the end of it)

Intelligence: Average (Shouldn't be much more intelligent than a regular high school freshman)

Start a Discussion Discussions about Will Stronghold