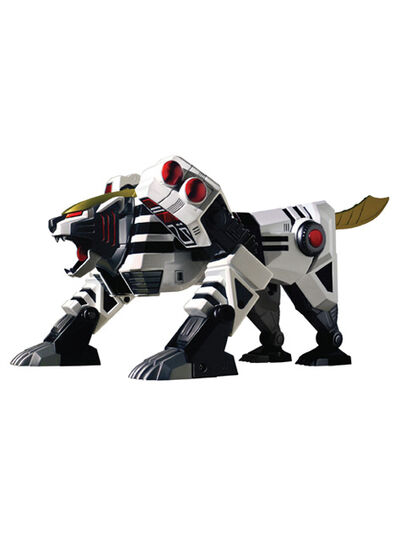 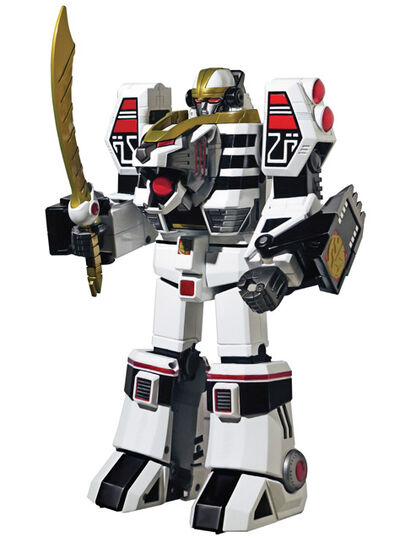 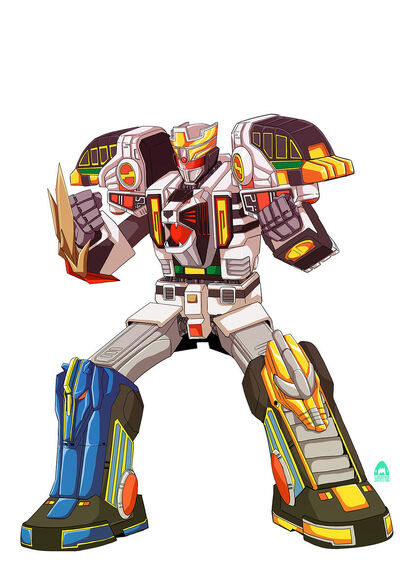 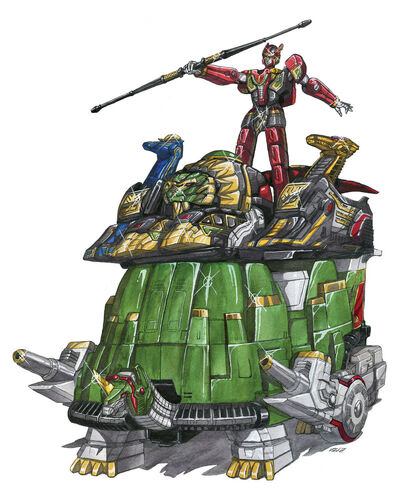 The White Tigerzord is the second Zord of Tommy Oliver following the Dragonzord. It is a member of the Thunderzords and used by the Morphin Power Rangers.

Attack Potency: At least Large Planet level (Much stronger than White Ranger Tommy Oliver, who held his own against Lord Zedd)

Stamina: Decent overall. Prolonged fighting is dangerous to its systems, however.

Intelligence: Unlike its Sentai counterpart, the White Tigerzord isn't sentient. Saba, on the other hand, is sentient and can pilot the Tigerzord and execute Tommy's commands. In that respect the Tigerzord could be considered an extension of Saba.

Weaknesses: The Tigerzord cannot act on its own, requiring its pilot to guide or command it. Enough fighting will overload it and too much damage will destroy it. Powerful enough blows can knock Tommy out of the Tigerzord.