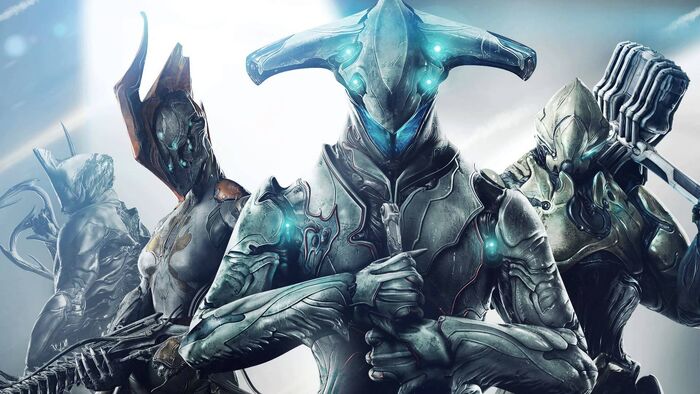 Warframe is a sci-fi shooter game developed by Digital Extremes, released in late 2012 on the PC as the successor to their previous project, Dark Sector.

Warframe takes place in a futuristic setting of interplanetary conflict between the Grineer Hierarchy; a militarized race of clones that seek dominance and power over the Solar System, and the Corpus Proxies; a mega-corporation with advanced robotics that desire riches and profit. In which the Tenno, a mysterious faction with unclear motive or nature is guided by an entity known as the Lotus to keep balance within the crisis upon waking from cryostasis.

Warframe, while being a relatively new verse is quite formidable, the Tenno having powerful hax and abilities allowing them to fight far above their tiering, Limbo, for example, completely controls a separate plane of existence. The Grineer stand millions upon millions strong due to mass cloning, and control large gunships capable of destroying kilometers long structures.

For further explanation, please read: This blog post, which explains who and what the Tenno are