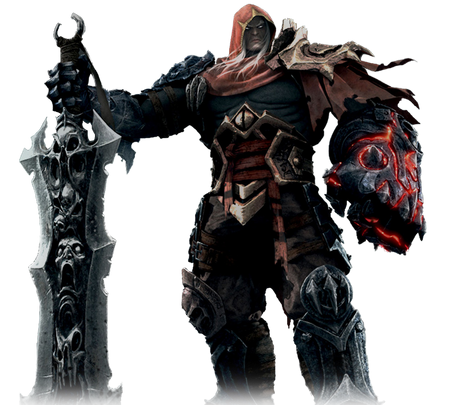 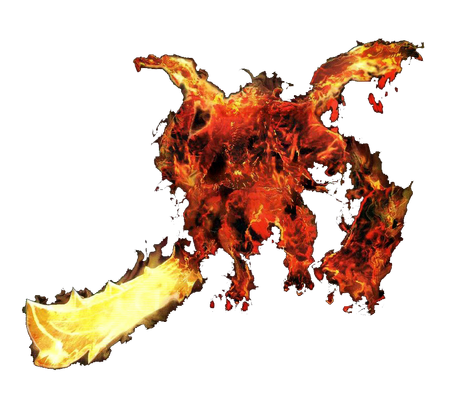 War is one of the main protagonists of the Darksiders franchise and is the youngest of the Four Horsemen of the Apocalypse. Duty, honor, and loyalty define him almost as well as the powerful sword, Chaoseater, he carries with him at all times. As a Nephilim, a race spawned from the combination of Angel and Demon, War has fought on countless worlds with countless enemies, and is an outright powerhouse in combat. He revels in battle, so much so that he can fling himself into a blind battle lust if he does not control himself. He is exceedingly powerful physically and is not afraid to show it as he casually bats away his enemies with ease. War is also incredibly agile and intelligent, a sharp contrast to his one track mind and strong loyalty to the Charred Council. He executes his enemies viciously and brutally, dominating the battlefield from within, never shying away from fights most would think unwinnable.

Name: War, also known as "Rider of the Red Horse", "The Red Rider"

Classification: Nephilim, Horseman of the Apocalypse

Speed: Hypersonic (Comparable to Fury, who can react to and dodge Pride's lasers)

Lifting Strength: At least Class K, likely higher normally (Can easily rip out demon spines through their heads, which should be superior to ripping out a human spine. Was able to contend with Straga's strength at his weakest, who was strong enough to pick up a decently sized chunk of street), higher with Tremor Gauntlet | At least Class K, likely higher normally (His power is unrestrained), higher with Tremor Gauntlet

Stamina: Very High (Can fight hordes of enemies with no rest. Can withstand large amounts of pain in battle and continue to fight as his bloodlust grows. Grows stronger as conflict continues) | Very High

Standard Equipment: War acquires various items which aid him during his quests to preserve the Balance.

Intelligence: Very high. He can quickly figure out complex puzzles in various dungeons and has completely mastered the use of weapons made from different races with little practice. Has millennia of combat experience.

Weaknesses: Sometimes loses control of himself during the thrill of a battle. Will never fight his horse, Ruin. His seals prevent him from being at full power.

Otherworldly abilities that embody the true strength War has to offer.

Moves War has learned to display his true prowess in combat with weaponry.

Though War's weaponry is formidable already, he can further improve their performance with powerful enhancements.

Note: Some abilities and equipment are unavailable to War in different keys. 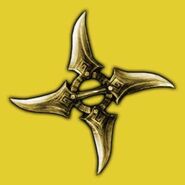 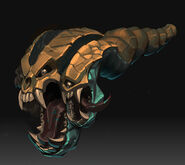 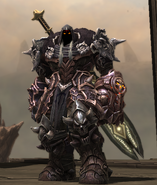 Abyssal Armor
Add a photo to this gallery