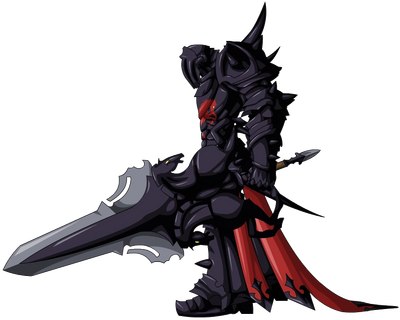 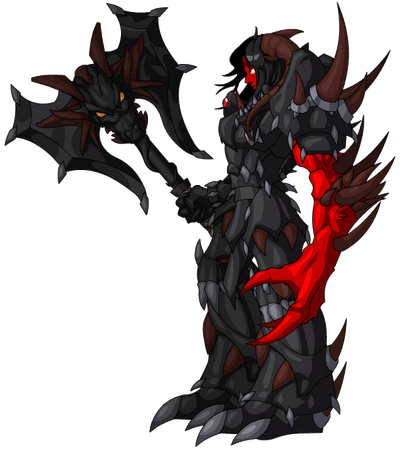 War is a Demipower of Lore and one of the Four Horseman, as well as the main antagonist of The Destroyer storyline as well as a large majority of The Dracomancer Saga. War is responsible for causing conflict between the Dracomancers and Dragonslayers while possessing Jalek Guth'Hai under the title as The Dragon King. He was finally able to bring a physical manifestation onto Lore with the aid of Mayhem and Carnage but was eventually thrust out of Lore by the Cyrus, Xerxes, and the Hero. War mentions that his reason for invading Lore isn't for the sake of conquest, as he says that he is very much uninterested in it, but simply because of interest and entertainment.

Age: As old as the first instances of conflict between mortals

Attack Potency: Unknown (Stated to be powerful enough that he could not be stopped be Kethorat or the Elemental Lords. Superior to the Hero) | At least Multi-Continent level (As one of the Four Riders, he possesses the power to supposedly reduce Lore to a bunch of smoking cratersand if War were to continue to grow stronger, Lore would meet its end) | Unknown (His physical form was merely puppet used for his own entertainment since his true form is unable to enter the mortal plane)

Retrieved from "https://vsbattles.fandom.com/wiki/War_(AEverse)?oldid=5386492"
Community content is available under CC-BY-SA unless otherwise noted.