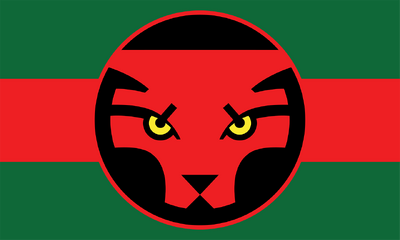 Wakanda is a country in eastern Africa that has become far more technologically and scientifically advanced than any other nation on Earth, due to its supply of the highly valuable, rare and versatile metal Vibranium, brought to the country by a meteor impact thousands of years in the past. However, to avoid being conquered and pillaged of its resources by foreign invaders, the kingdom keeps itself very reclusive and isolated from the rest of the world.

Technology/Abilities: Genius Intelligence (all Wakandans are taught in an extraordinary education system that gives Wakanda's citizens a very high literacy rate, common skills in multilingualism and casual expertise in usage of advanced technology. Its intelligence agency, P.R.I.D.E., is on par with the CIA and Mossad, and Wakanda's king is one of the smartest humans in the Marvel universe), equipment capable of Energy Manipulation, Sleep Manipulation, Invisibility (Completely hidden from the rest of the World), Attack Reflection, Electricity Manipulation (with Shok-Nets and Spider-Bites), Absorption of sound and energy with various devices, Technology Manipulation with Desert Sands, Teleportation with Hyena Clan Teleporters, Time Manipulation and Spatial Manipulation with King Solomon's Frogs, Hacking, Resistance to Hacking (Wakanda's isolation has caused its technology to develop very differently from the rest of the world, and this combined with its sheer advancedness makes hacking it practically impossible, especially for their computers)

Attack Potency: Small Building level (Defeated and slaughtered an invasion force of Skrulls even with their technological weapons disabled) | City level (N'yami-class battle cruisers are capable of destroying cities) | Large Planet level (the Namor-Killing Armor could trade blows with Namor) to Solar System level (the Wakanda Hulkbuster was able to hold its own against Amadeus Cho. Has a contingency plan to defeat Galactus with some external help that involves absorbing the Silver Surfer's power cosmic)

Power Source: Vibranium, though it also to some degree uses solar, geothermal and hydrogen energy

Industrial Capacity: Superior to that of any other nation on Earth, and as such should be at least comparable to Latveria

Retrieved from "https://vsbattles.fandom.com/wiki/Wakanda?oldid=6552467"
Community content is available under CC-BY-SA unless otherwise noted.