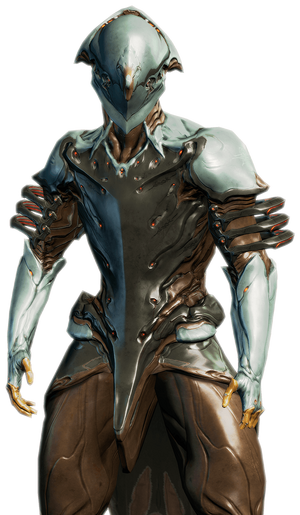 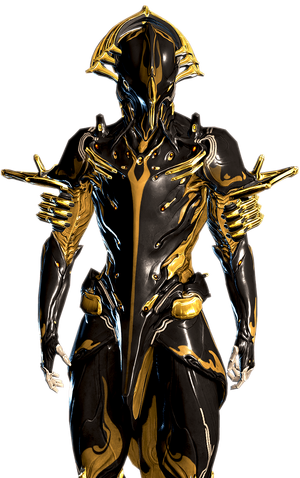 Harnessing electrical elements, Volt is the electricity Warframe, utilizing his abilities to outspeed his targets and turn them into living tesla coils.

Much like all Tenno, he is led by The Lotus, a mysterious figure whose motive is to preserve their kind.

Attack Potency: At least Multi-Continent level, likely higher (Comparable to the likes of Mirage, who could casually tear apart hordes of Sentients with her bare hands) | At least Multi-Continent level, likely higher (Superior to their normal counterparts. Mirage, who is without a Prime, was able to casually overcome the highly adaptive nature of the Sentients and rip them apart with just her hands)

Speed: Massively Hypersonic (Can react to and dodge his own electricity at close range), possibly Relativistic+ or higher reactions/combat speed (Can deflect weapons such as Opticor and Glaxion at a close distance, the former stated to be able to fire a blast of "light energy"), Higher with Speed | Massively Hypersonic, at least Relativistic+ or higher reactions/combat speed (Superior to their normal counterparts)

Range: Extended melee range; can be extended to a certain amount with mods, hundreds of meters with most ranged weaponry, Shock chain links to people 37 meters apart, 50 meters with Overload, targets caught in the pulse will be charged with electricity and electrocute people within 10 meters of them

Retrieved from "https://vsbattles.fandom.com/wiki/Volt?oldid=4127503"
Community content is available under CC-BY-SA unless otherwise noted.