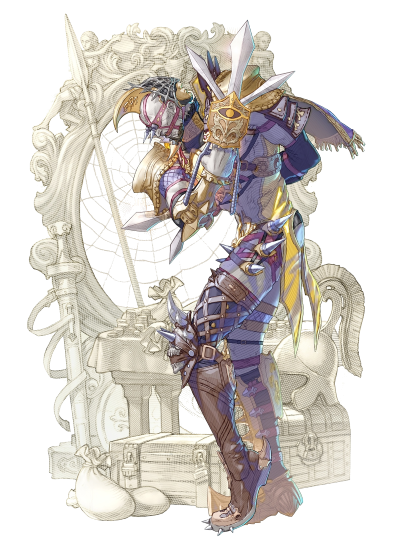 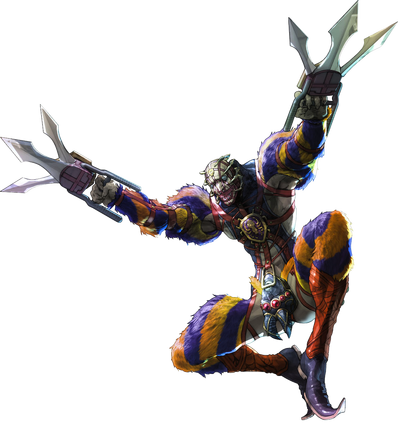 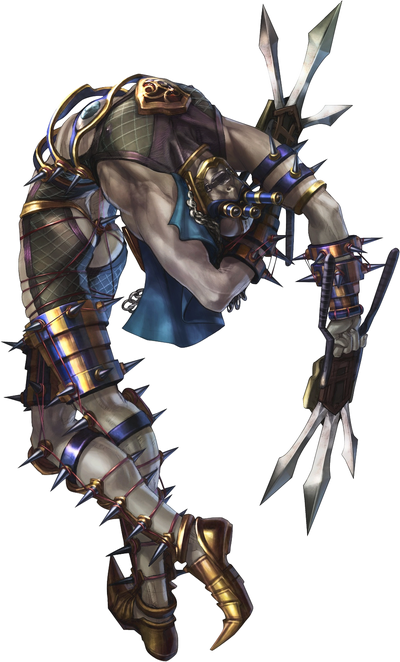 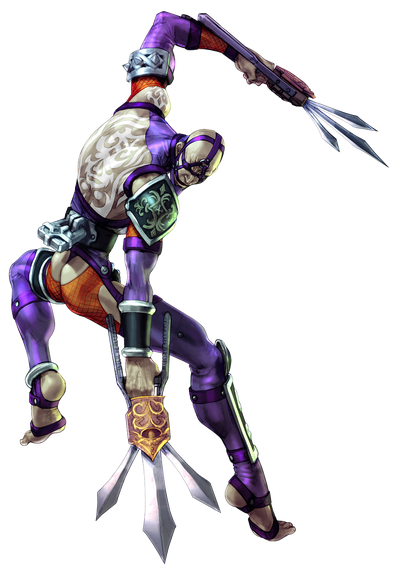 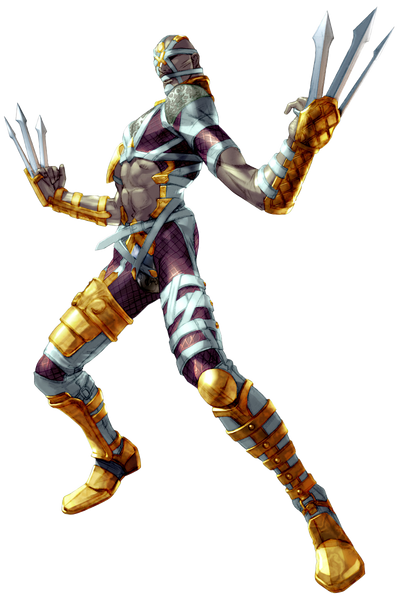 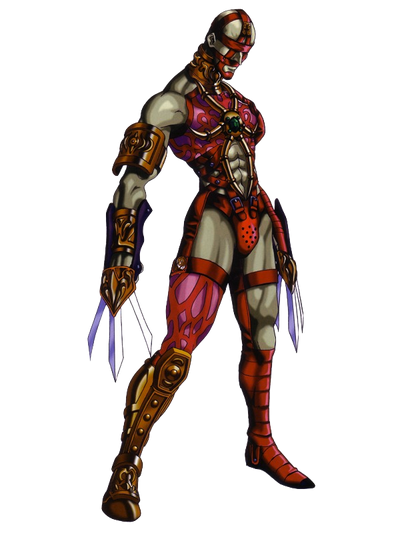 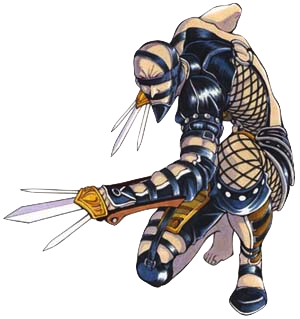 Born in 16th century Italy, Voldo was a servant of the weapons merchant Vercci. Known as the Merchant of Death due to his business with the Spanish Armada, Vercci desired the Soul Edge for his collection and had Voldo to attempt expeditions with Cervantes de Leon. When Vercci heard that his possessions have been ransacked as a result of civil war in Italy, he had his personal fleet travel to an uninhabited island off the coast of Sicily in the Mediterranean Sea and dug a 50-mt deep shaft that would serve as his tomb and as a vault for his remaining fortune. After killing off the sailors under Vercci's orders, Voldo becomes the guardian of the Money Pit. But he would emerge from the Money Pit, either to continue the search for the Soul Edge or hunt down thieves that steal from the vault in his absence.

What lies in his soul is Allegiance.

Name: Voldo, "He Who Is Bound By Blind Allegiance", "Hell Guardian"

Age: 43-67 (Gets older through the different games)

Intelligence: Unknown (Can't quite be categorized)

Note: Many of Voldo's abilities come from the various weapons he can equip. As such, in battle the creator should specify what weapon(s) he is allowed to have.