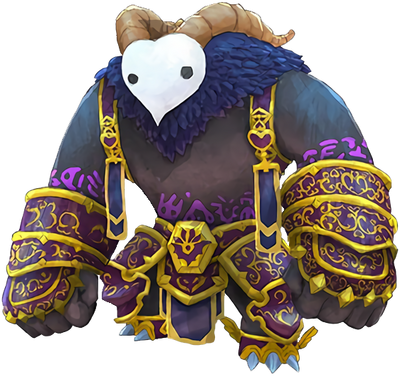 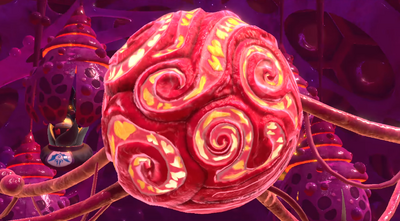 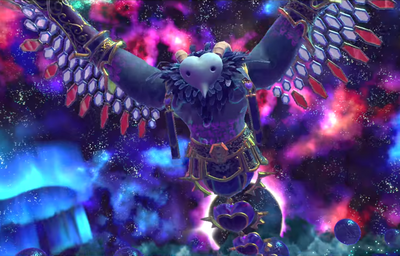 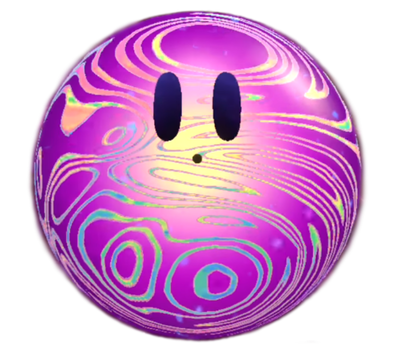 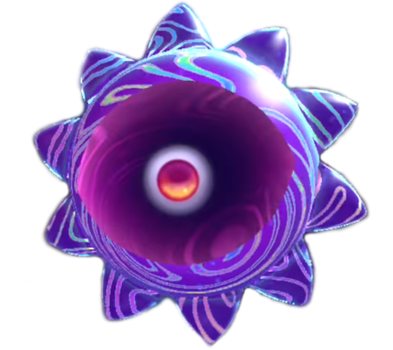 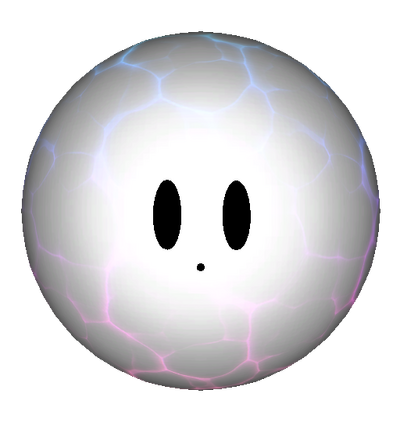 Void Termina is the "Dark Lord" that Hyness, the Three Mage-Sisters, and the rest of the former's cult worships, he's a resurrected deity of destruction that threatened to destroy everything during the main story mode in Star Allies. No one knows where he originally came from, but he was studied by the ancients in the past. He is a being who can construct himself from nothing, having a different morality depending on the energy collected in the process. It's said that Void Termina was fought in the past by four warriors who used heart spears to seal him.

He is also the origin and ancestor of "dreams, darkness, soul, heart", all chaos and possibilities, as well as having strong similarities with the Dark Matter race and even Kirby himself.

Age: Unknown. Has existed for eons and is the origin and ancestor of dreams, darkness, soul, heart, all chaos and possibilities

Classification: Destroyer of Worlds, Dark Lord (of Despair/Destruction), Deity of Destruction, Progenitor of Darkness, Essence of Chaos, Being of Darkness

Superhuman Physical Characteristics, Self-Sustenance (Type 1), Flight, Spaceflight, Corruption, Empathic Manipulation, Morality Manipulation (Were passively influencing the inhabitants of multiple planets), Mind Manipulation (Said effects were described as brainwashing), Statistics Amplification (Can make others stronger), Fusionism (Appears to merge with others, such as bosses and the Mage-Sisters. Many of them merged absorbed Hyness and the Mage-Sisters), Weather Manipulation (Presumably created a storm), Possibly Telekinesis, Status Effect Inducement and Earth Manipulation (One of them potentially gave Meta Knight these powers while influencing him due to the latter never demonstrating them usually), Smoke Manipulation

All previous abilities to a greater extent, Non-Physical Interaction (Scaling from Gooey, naturally as a soul), Large Size (Type 0 in Bird form, larger than his Giant form, which is almost 4 meters tall), Self-Sustenance (Type 3 while regenerating from nothing), Magic, Longevity, Immortality (Types 3 and 4), Regeneration (Mid-High in combat, Mid-Godly over time; As a Dark Matter-like being and their ancestor with superior power and scale on his abilities, he should have their regeneration. Can rise again and reborn into a new existence after his defeat, in which his soul exploded as a supernova that consumed most of the reality in which his battle took place, which Kirby and co. had to avoid), Reincarnation (Will rebirth himself into a new existence, with his morality changing depending on the energy gathered and infinite possibilities encompassing it), Corruption, Empathic Manipulation, Morality Manipulation (It should be noted that now his Corruption needs to be manually activated through omnidirectional shockwaves, and its potency scales to Dark Mind's multi-galactic corruption due to the latter being a weaker descendant of Void Termina), Portal Creation (Created a portal to a different dimension that remains behind the Divine Terminus and appears to be bigger than it), Size Manipulation, Energy Projection, Shockwave Creation, Creation, Weapon Creation (Can generate swords, spears, axes, bows and arrows. Can generate a giant crown that resembles the Master Crown), Fire Manipulation, Electricity Manipulation, Ice Manipulation, Weapon Mastery, Darkness Manipulation, Can trap beings inside his body, Body Control (Can fight beings inside his body and only needs his core to do so. In his soul form, he can modify his body offensively and quickly bounce on the floor, walls and ceiling to try and smash targets), Homing Attack, Danmaku, Air Manipulation, Shapeshifting, Non-Corporeality (As a soul), Duplication (Can create some small copies of himself that will create vacuum vortexes to suck in enemies. Can split into 4 equal copies of himself), Water Manipulation, Durability Negation with some attacks (Can get pass guards and forcefields), Resistance to Empathic Manipulation & Morality Manipulation (The only boss who reacts to the effects of the Friend Hearts, getting slightly harmed by them. Given that the Friend Hearts can be used to overwrite Void Termina's corruption on others, his resistance scales to the multi-galactic potency of Void Termina's own mind powers)

All previous abilities to a greater extent, Attack Reflection (Able to create mirror-like structures to reflect his own energy beams)

Speed: Massively FTL+ (Were suddenly scattered across the universe, which also happened to alternative dimension versions of them. Chased by Kirby & the Star Allies through all the main story of Star Allies, keeping up with them; This includes the likes of Meta Knight, King Dedede, Bandana Waddle Dee, Marx, Gooey, Ribbon and the Three Mage-Sisters) | Massively FTL+ (Kept up with the Star Allies Sparkler, an improved version of the Warp Star. Is composed of most of, and should be at least equal to, the Jamba Hearts. Kept up with Kirby & the Star Allies in combat)

Lifting Strength: Likely Class Y (Comparable to Kirby, who defeated and is vastly superior to Star Dream in its Nova Form)

Standard Equipment: Nothing | None notable, can summon several weapons

Intelligence: Unknown | Unknown. Presumably low to an unknown degree as he has been said to just "begin to think" later in his fight. Despite this, he possesses the skills to battle many beings at once and all the time he has existed should give him an incredible amount of experience | Unknown, vast combat experience

Weaknesses: None notable | His soul takes damage from the Friend Hearts 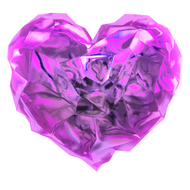 A giant Jamba Heart, before turning into a Void Termina 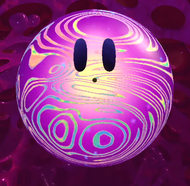 Awakening of his Soul 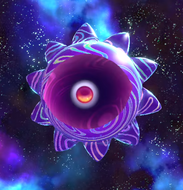