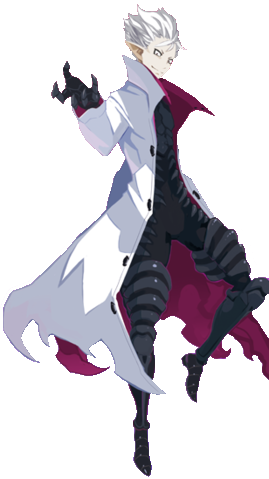 Void Dark is the leader of The Lost and the main antagonist of Disgaea 5: Alliance of Vengeance. He is the dreaded Demon Emperor who conquered numerous Netherworld in his quest for power, leading to the formation of an alliance of Overlords to oppose him.

Attack Potency: Multiverse level+ (Fought the party, which consisted of multiple Overlords, and overpowered Killia and stole his Overload prior to the start of the series, and has been depicted at being stronger then Killia until he masted the Ultimate Demon Technique to defeat him)

Speed: Massively FTL+ (Is 20x faster then those that can out speed the Big bang skill)

Durability: Multiverse level+ (more than capable of enduring attacks from Killia and other overlord class beings)

Weaknesses: A near psychotic obsession with his sister, Liezerota. Cannot properly control the massive amounts of magic he absorbed.