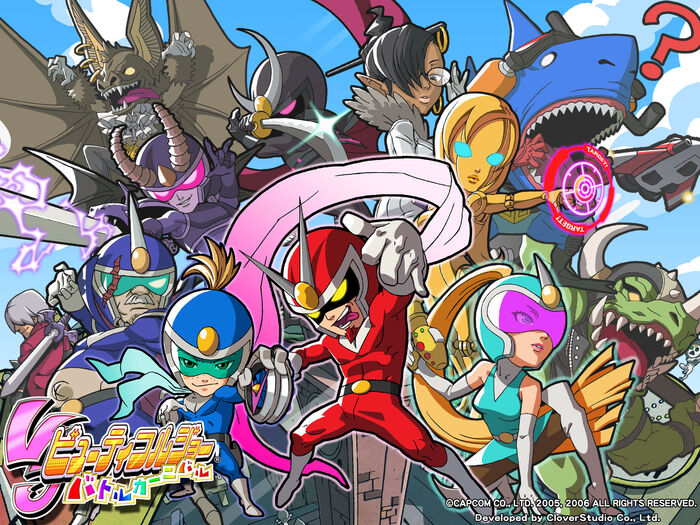 For detailed information about this series, visit the Viewtiful Joe World Cinema.

Viewtiful Joe is a series of side scrolling action beat em' up games featuring cell-shaded graphics, a unique combo system, a high difficulty, and plenty of movie references. The games revolves around Joe, movie fanatic who idolizes Captain Blue, who gains the power to transform into the titular character after his girlfriend, Silvia, was abducted into another world in the film they were watching in theaters called Movieland. Since then, he used these powers to fight other villains and evil factions.

Viewtiful Joe is a powerful verse and one of the strongest verses among Capcom's franchises. It features giant mechs that can be as large as continents or entire planets and can travel across the solar system in a short amount of time. The verse also features Captain Blue, who created an entire universe called Movieland and powerful artifacts known as the seven Rainbow Oscar, which holds the power to manipulate it.

Start a Discussion Discussions about Viewtiful Joe (The Universe)