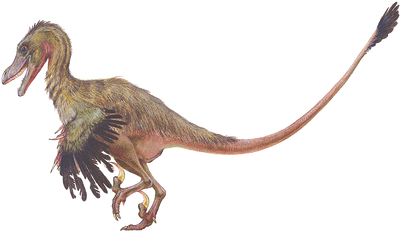 Velociraptor is a genus of small theropods living in the Cretaceous Period. They are one of the most popular species of Dinosaurs, even though their appearances is vastly misunderstood.

Attack Potency: Street level (Its claws should be able to deal out this much damage. Its kinetic energy should be well into this category)

Speed: Superhuman (Can reach up to 40 mph)

Intelligence: Non-sapient, though was likely very intelligent for a dinosaur

Minions (Despicable Me) Minions' Profile (Minions were allowed to use their weapons, and speed was equalized)

Start a Discussion Discussions about Velociraptor