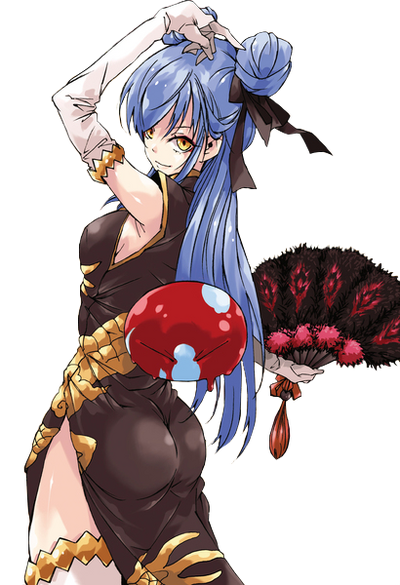 Velgrynd is the older sister of Veldora Tempest, and a member of the four strongest dragons, the True Dragons.

Attack Potency: Large Star level (True Dragons are superior to Milim Nava without her using Wrathful King Satan, as her energy is only 10% of that of a True Dragon)

Speed: FTL (Comparable to Veldora Tempest) and Massively FTL+ in Stopped Time (Can move a 1 million times normal speed while in stopped time)

Retrieved from "https://vsbattles.fandom.com/wiki/Velgrynd_(Web_Novel)?oldid=5953132"
Community content is available under CC-BY-SA unless otherwise noted.