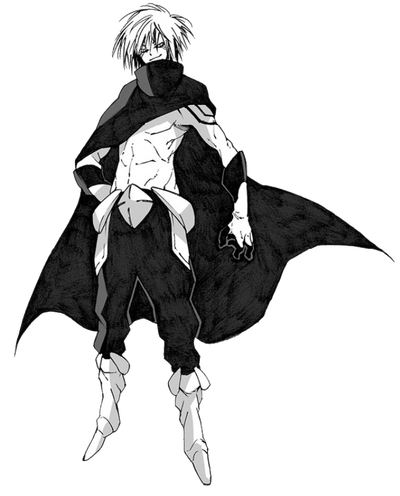 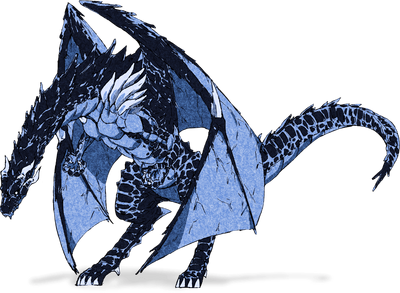 Veldora Tempest is the youngest of the four strongest dragons, the True Dragons. He was the one who gave Rimuru Tempest his name, and Rimuru, in turn, gave him his last name.

Powers and Abilities: Superhuman Physical Characteristics, Automatic Translation, Enhanced Senses, Extrasensory Perception, Martial Arts, Precognition, Lightning Manipulation, Immortality (Types 1, 3, 4, and 8; Has eternal youth, can regenerate as long as his soul isn't destroyed, reincarnates every time he dies and can't die as long as Rimuru Tempest exists), Acausality (Types 1 and 4), Probability Manipulation, Air Manipulation, Regeneration (Low-Godly; Can regenerate as long as his soul isn't destroyed), Telepathy, Information Analysis (Can analyze his opponents and their abilities just by seeing them), Sound Manipulation, Resurrection (Even if he dies, he will resurrect; however the resurrected Veldora, will be an entirely different Veldora), Flight, Spatial Manipulation, Non-Physical Interaction (Can harm spiritual life forms which exists as souls, fire, water vapor, aura, energy etc), Teleportation, Matter Manipulation (On a molecular level), Unholy Manipulation (Monsters are made of magic energy, which can be purified or warded off by holy energy), Radiation Manipulation and Creation (Monsters of significant aura can create an aura akin to radiation, that is extremely toxic to organic life and can induce death in high concentration. It will cause monsters to be born due to the high concentration of magic energy), Madness Manipulation and Empathic Manipulation (Likely has superior version of Demon Lord's Haki, which Diablo used on a scale of 150,000 people), Dimensional Travel, Duplication, Durability Negation, Intangibility, Energy Manipulation, Transmutation, Plant Manipulation, Sealing, Time Manipulation (Can control the flow of time with Time Control to stop time and move at a million times normal speed while in stopped time), Existence Erasure (Can erase the existence of his opponents with his aura), Magic, Self-Sustenance (Types 1, and 2), Shapeshifting, Aura, and Forcefield Creation

Powers and Abilities: All previous abilities likely greatly enhanced, plus Resistance to Conceptual Manipulation (Could use his Probability Manipulation to oppose the energy of device that could destroy the universe along with it, and concept of time unharmed)

Attack Potency: Large Star level (True Dragons are superior to Milim Nava without her using Wrathful King Satan, as her energy is only 10% of that of a True Dragon) | Unknown, At least Large Star level, Universe level+ with Probability Manipulation (Could use his Probability Manipulation to oppose the energy of device that could destroy the universe, along with the concept of time)

Speed: FTL (Comparable to Chloe) with Massively FTL+ reaction speed (Because of Thought acceleration his thought processing capability is accelerated by a million to ten million times, which allows him to react to things he normally wouldn't be able to perceive), and Massively FTL+ in Stopped Time (Can move a 1 million times normal speed while in stopped time).

Durability: Large Star level (Tanked attacks from his sister Velgrynd, who is comparable to him), Difficult to harm due to his multi-dimensional barrier which makes use of dimensional gaps. | Unknown, At least Large Star level (Much stronger than before after decade), Universe level+ with Probability Manipulation (Could use his Probability Manipulation to survive the destruction the universe along with it concept of time, unharmed)

Stamina: High (Has an infinite reserve of magical energy)