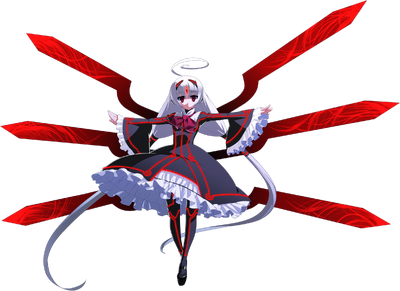 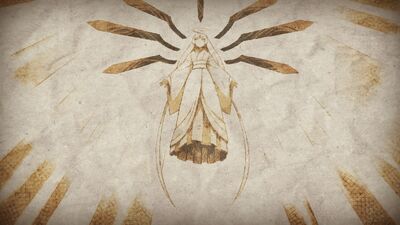 Vatista is one of the Autonomic Nerves were created around the same time as humans. These beings watch over the Hollow Night and make sure that there wasn't too much EXS being used. However, one month model 10,076, Vatista, noticed a large disturbance in the amount of EXS being used. She entered earth and ran into Hyde who told her to put some clothes on. She did so and the two went off to find the source of the disturbance of EXS.

Attack Potency: Town level (Can damage Linne and Hyde) | At least Town level (With her full power she should at least be able to match if not outright dwarf even Hilda in power)

Stamina: Average, she is able to fight while apparently continously tired

Intelligence: Average. She possesses thousands of years worth of experience (However, memories from then are locked off), lacks common sense (confused by the idea of clothes and when Hyde and her ran into another female she asked Hyde if he forced her to wear clothes too).