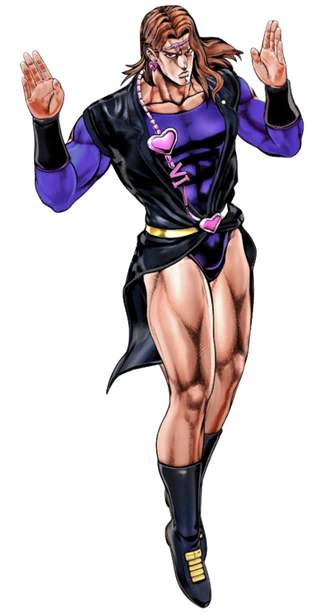 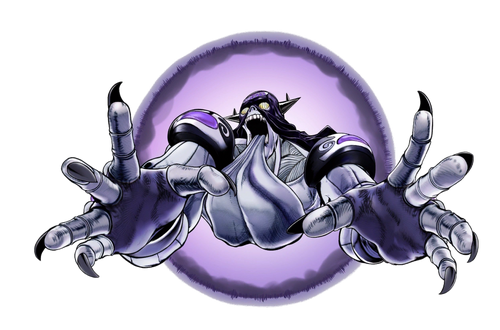 Vanilla Ice is a minor antagonist in JoJo's Bizarre Adventure Part III: Stardust Crusaders. One of Dio Brando's most trusted and loyal henchmen, he is made into a vampire and the final obstacle that the Joestars and allies must overcome to face DIO.

Powers and Abilities: Superhuman Physical Characteristics, Extrasensory Perception (Capable of seeing ghosts and souls among some other supernatural forces that are normally otherwise invisible), Regeneration (Mid, possibly High-Mid; Regenerated from being stabbed through the head and having his neck snapped. Should be comparable to that of others vampires, however, Vanilla Ice was turned into one by DIO, who at the time was in a weakened state and lacked those levels of regeneration), Immortality (Types 1, 2 and 3), Aura, and Summoning (Of his Stand). Cream has Superhuman Physical Characteristics, Flight, Deconstruction, BFR (Whatever is eaten by the Stand gets sent to a dark dimension), Selective Intangibility, Non-Corporeality (Stands are the incorporeal manifestations of one's vital energy, and can only be harmed by other Stands), Non-Physical Interaction (Stands can interact with ghosts and other Stands), Invisibility (Stands can only be seen by other Stands and Stand Users), Aura

Durability: Building level (Should be at least comparable to Nukesaku, who survived a held back attack rush by Star Platinum), Building level with Cream (Tanked attacks from Silver Chariot and he was still able to keep going). Cream's dimension and Regeneration makes him hard to kill

Range: Standard melee range, 1 meter with Cream (It can get that far away from Ice), Interdimensional with Cream's ability (It can hide itself and Ice into a dark dimension and send targets there)

Intelligence: Average. If cool, Ice will be a competent fighter who normally uses Cream's full potential while implementing simple but effective strategies and being slightly analytic. However, enough anger will make him act irrational, which could lead to him aiming to attack foes with physical attacks while exposed outside his dimension of darkness

Weaknesses: Sunlight will disintegrate him. He is unable to see where he is attacking while in the void. In his own twisted way, should his loyalty to DIO be threatened Ice will act with blind rage and aim to torture his foes with non-lethal attacks if possible, which was done by making him destroy a sand statue of DIO

Vampirism: Gained from the DIO's blood, Vanilla Ice obtains supernatural and superhuman abilities. His senses and physical attributes are strengthened heavily. He is capable of regenerating almost any wound or damage inflicted due to his newfound regeneration.

Cream: Cream is a large Stand with a muscular tone with a hood similar to an executioner's cowl. To use its ability, Cream must literally eat itself and Vanilla Ice to become a dark void of nothingness. Even when not becoming a void, Vanilla Ice is able to enter his realm and attack while inside his Stand.