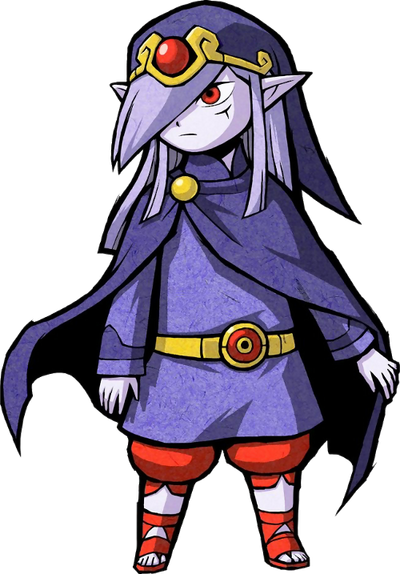 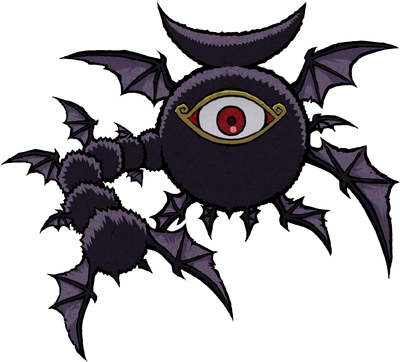 Vaati is selfish and self-serving, seeking only to fulfill his personal desires. Having been corrupted by learning of the evil within the hearts of men, he instinctively seeks power. Vaati's background is not revealed until the storyline of The Legend of Zelda: The Minish Cap.

Attack Potency: Multi-Continent level (Stomped an early Minish Cap Link with ease, and broke the seal of the Bound Chest [The Picori Blade, a sword with the power to repel Evil Magic] that contained the Army of Evil. Commands end-game bosses comparable to Trinexx, who fought ATTP Link with the Ether Medallion and Master Sword. Later acquired his powers from a wish granted to him by the Mage's Cap, which is comparable in power to a fraction of the Light Force) | At least Large Planet level, likely Large Star level (Absorbed a large portion of the Light Force's power. The Light Force is supposedly similar in power to a piece of The Triforce, one of which is also wielded by Princess Zelda)

Durability: Multi-Continent level (Completely untouchable by Link for most of his journey) | At least Large Planet level, likely Large Star level (Requires a power comparable to the Four Sword to be slain)

Standard Equipment: The Mage's Cap | A large portion of the Light Force.

Intelligence: A capable sorcerer and an experienced combatant.

Weaknesses: Nothing notable | The Four Sword

Note: The four Links only possessed the full Triforce in the Anniversary addition of Four Swords, which is a remake of the original GBA title. This makes the canonicity and consistency of his stats highly inaccurate, as such the anniversary edition is not accounted for.