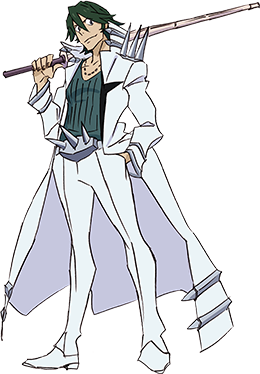 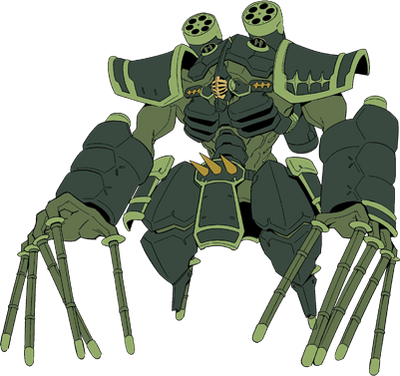 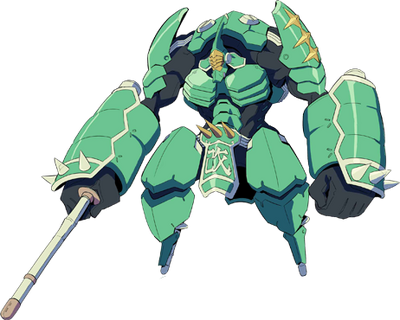 Uzu Sanageyama is one of Kill la Kill's main characters and a member of Honnouji Academy's student council. He was originally one of the most well respected gang leaders within the Kanto Region with hundreds of trained martial artists at his command. That ended when he and his entire army suffered a humiliating defeat at the hands of Satsuki Kiryuin, and he has happily been subordinate to her ever since. Among the Elite Four, Uzu is by far their best weapons fighter, and willing to do anything to further hone his skill.

Superhuman Physical Characteristics, Weapon Mastery (Master swordsman), Martial Arts, Enhanced Senses (Has perfect omnidirectional vision and precision sight that allows him to read even the slightest muscle twitch of an opponent), Analytical Prediction, Information Analysis (Tengantsu allows him to read an opponent so thoroughly that just by observing their preparatory motions he is able to instantly analyze their attacks, blocks, and fighting techniques), Afterimage Creation (Capable of this)

All previous abilities plus Energy Projection

Attack Potency: Large Town level (Able to harm Synchronized Ryūko Matoi. His 3-Star uniform is more powerful than Mako Mankanshoku's 2-Star uniform.) | At least Large Town level (Stomped Synchronied Ryuko and would have finished her had he not pushed his uniform past its limits) | Mountain level (Is comparable if not superior to the other Elite Four members. Can stalemate people able to harm him) | Country level (Fired an energy blast so powerful that at least 6 COVERs were instantly one shot just by standing near it and not even making contact with it. Comparable to Ira Gamagori. Able to hold off a serious base Ragyō Kiryūin alongside the other three Elite Four, and even gave her a small cut)

Intelligence: Gifted (Even as a young teen Uzu was a master swordsman, becoming a one of the most well respected gang leaders within the Kanto Region with hundreds of personally trained martial artists at his command at the age of only 15, a feat that impressed even Satsuki and convinced her to invite him to Honnōji as a member of the Elite Four. As a fighter, Sanageyama specializes in swordplay, using the kendō style. He is always seen carrying a shinai - a wooden katana used for kendō practice - which he uses with great skill. He possess great precision, quick reflexes and heightened senses to aid him. Although not as skilled as Satsuki Kiryūin, he has regularly outmatched Ryuko in combat and eventually becomes strong enough to clash with the likes of Nui Harime, even without a Goku Uniform. He is equally skilled in wielding one sword or dual-wielding and wielding different kinds of blades.)