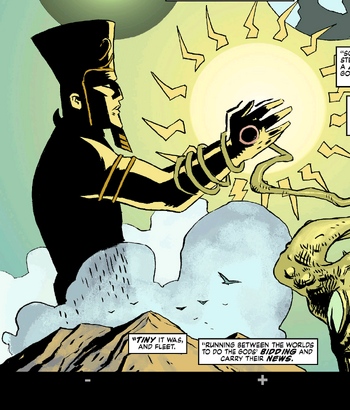 Utu is the ancient Sumerian god of the sun, justice, morality, and truth, and the twin brother of Inanna, the Queen of Heaven. Utu was the one who created the Leviathan as a messenger for the Gods after the spirit and matterial started drifting apart.

Origin: The Unwritten (Published by DC/Vertigo)

Attack Potency: High Outerverse level (Was the one who created The Leviathan as a messenger for the gods)

Note: Despite being published by Vertigo comics, the Unwritten is not canonically part of the wider DC universe.

Start a Discussion Discussions about Utu (The Unwritten)