VS Battles Wiki
Register
Don't have an account?
Sign In
Advertisement
in: Blog posts, Calculations, My Hero Academia

In My Hero Academia, Minoru Mineta dodge a whip attack from Midnight. I will be calculating his speed. 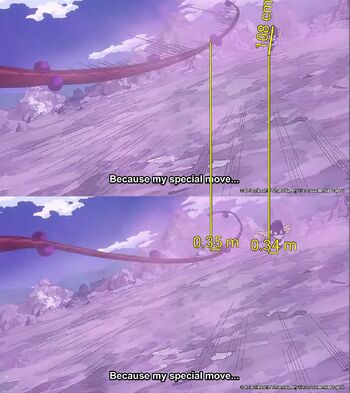 The tip of a whip travels at twice the speed of sound (Mach 2, 686 m/s). However, for this feat we are using the loop of the whip, which travels twice as slower as the tip (Mach 1, 343 m/s). This is the part of the whip that creates that characteristic sound, which we can hear in Mineta's scene.

The distance he moved was very short and to the sideways, so this will be classified as a combat speed feat.