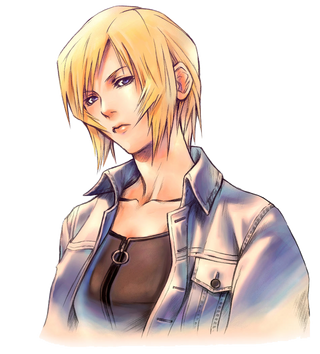 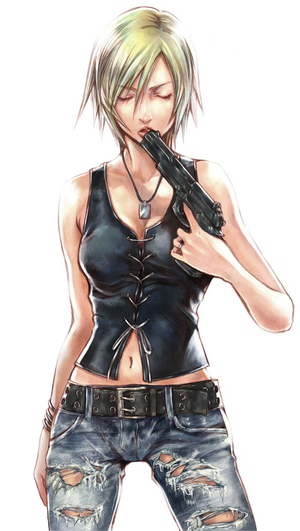 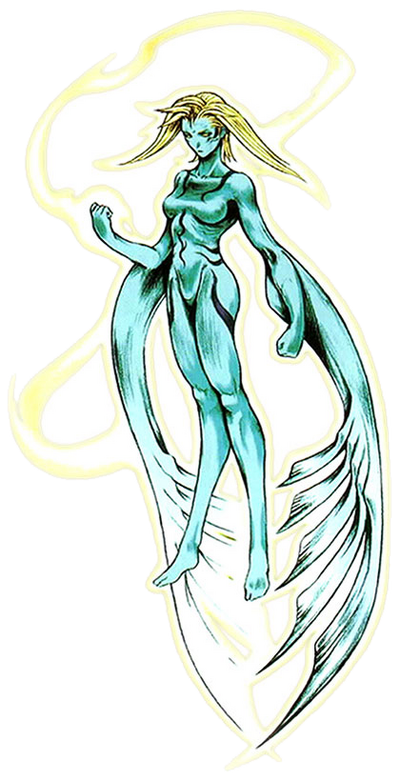 In the game, she is a rookie 25-year-old police NYPD officer whose life changes when a date at the Opera Tonight (tonight being Christmas Eve 1997) goes horribly wrong. She faces off against Eve, a being created by sentient mitochondria wishing to conquer life on earth. As the only person to not spontaneously combust upon the awakening of Mitochondria Eve, she is forced into a race against time as she struggles to stop Mitochondria Eve from giving birth to the ultimate life form. She's immune to Eve and has a multitude of strange abilities due to sharing the same organ donor as Eve. The organ donor is actually her twin Maya.

In the 2000 sequel Parasite Eve II, set three years after the events of Parasite Eve Aya has become and ace operative of the FBI's anti-mitochondrial mutant task force, More commonly reffered to as MIST (Mitochondrion Investigation and Suppression Team). This group was formed following reports of Eve's mutated animal minions spreading out from Manhattan, and is investigating further anomalies involving mitochondria. Aya's journey to destroy the newly-monikered "Neo-Mitochondrion Creatures" (NMCs) and put a seal on her own unpredictable powers leads her to Los Angeles. However, an investigation into an NMC outbreak near the ghost town of Dryfield, Nevada hits closer to home.

In the 2010 game, she is the false protagonist The 3rd Birthday, an amnesiac Aya is found by the Counter Twisted Investigation (CTI) unit to fight against the "Twisted", a mitochondria-spawned creature that has taken over Manhattan.

Apart from her name, she remembers nothing about herself or her past. When the CTI (Counter Twisted Investigation team) found her, she was wearing a bloody wedding gown outside the St. Thomas Cathedral in Manhattan, either just before or just after her own wedding. After taking her into custody, the CTI realized her abilities allowed her to dive into a human's past consciousness. Understanding that this was humanity's only chance against the space and time-defying Twisted, the Overdive Investigation Unit was formed to develop a way to use Aya's powers against them.

Except this isn't Aya at all. It's Eve, from Parasite Eve 2, in Aya's body, the result of a failed emergency transformation. As a result, she actually regains a mix of both her actual memories and Aya's, resulting in a large twist.

In the first game, the player can rename her, although her default and canon name is Aya (pronounced eye-ya). As she reveals to Gary Douglas in Parasite Eve II, her name is of Japanese origins, possibly as meaning color "彩“ or one of various other meanings.

Superhuman Physical Characteristics, Martial Arts As a member of the NYPD has basic combat training, Experienced with a multitude of firearms, Able to harness the energy in her cells for a multitude of purposes Self Healing via heal and full recover, Info Analysis via Scan, Statistics Reduction via Slow, Purification (Type 3) via Detox, Full Recover and medic, Forcefield Creation via Barrier, Energy Manipulation via Energy Shot, Statistics Amplification via Haste, Mental manipulation via Confuse, Regeneration (Low) Via Gene Heal, Resurrection via PreRaise, Transformation via Liberate

Superhuman Physical Characteristics, Martial Arts As a member of NYPD has basic combat training, Experienced with a multitude of firearms, Possession able to control others mitochondria to let her take control of their bodies, Time Travel via overdive device, Regeneration (Low), Self Destruct (Only possible when possessing another person) Statistics Amplification via haste and energy defense, Forcefield creation via Barrier, Resurrection via pre-raise, Shockwave Creation via impact wave

Speed: Athletic Human, possibly Peak Human (Escaped an explosion but had an unknown but short amount of time to do so). Higher via Haste

Lifting Strength: Athletic Human, possibly Peak Human (Was able to push away a mutant creature that held her by the neck)

Striking Strength: Athlete Class, possibly Wall Class to Small Building Class (Can harm enemies with club and tonfa but does negligible damage against stronger enemies, possibly game mechanics. She never displays physical prowess of a similar level to her weapons and powers)

Durability: Small Building level (Able to tank hits from large mutant worms that can tunnel up from underground and can survive explosions from rockets). Higher with barriers

Stamina: Above Average (Due to NYPD and MIST training)

Intelligence: Gifted in combat, skilled with many firearms, and has a collection of powerful bio manip abilities she uses effectively in combat. She can pick the wings off of large mutant moths at range. In the MIST HQ it is revealed she got 2nd place in the most recent MIST shooting competition, losing out only to Rupert Broderick. Outside combat has shown average intelligence.

Retrieved from "https://vsbattles.fandom.com/wiki/User_blog:The_pen_or_the_sword/Aya_brea_rework?oldid=5493595"
Community content is available under CC-BY-SA unless otherwise noted.