Yea everyone, this blog is an informative source where all things about the Silver Crystal are explained, since it should be cool to make more blog about a verse when not many people have some knowledge. The silver crystal is something really important in the Sailor Moon Universe, he is the source of all the stories in te verse, all vilain tried to take it away from the moon and failed, he is also important for the cosmology of this Universe since he participed to the creation of it, anyway let's talk about all the information about it. 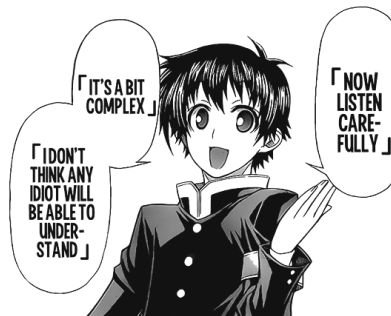 What is the Silver Crystal ?

The Silver Crystal, (The mystical Silver Crystal or The Silver Crystal of illusion, take your favorite translation) is a Crystal which countain an infinite and immeasurable energy, enough to control the entire universe according to Queen Berly, her legitimacy about the crystak is good enough since she was informed by Queen Metalia, a Vilain which is a part of Chaos, the Primordial evil of the Universe.

As you can already see, the Crystal is stated to countain all energy in existence but it also talk about the Alpha point which can be translated a s Omega point in this case since this gem follow the exact requierment of the Omega point theory, i'll talk about this later. Also we can extrapolate the "all energy" that but for now, at this point of the blog, we can't but this things will be important for the rest of the SC infos. The Crystal has various description of it being very strong, he is stated by luna to being able to destroy a Celestial Body (Various translation said different things but the most accurate said)

The other official kodansha translation said stars but as we doesn't have a real official translation, we use the most recent one.

The description of the most smallest part of the Silver Crystal is described to Umino as a Supernova Explosion, which could be consistent with teh Stars destruction (maybe) so in my opinion both translation are fine, it depend of the interpretation, anyway, ther is the description of Umino about the SC.

About this description, we obviously can say that Umino is not a credible source since his description seem false, but i think he is legit, indeed, Umino is an very intelligent student which always has pretty good note at tests so his description is legit in my opinion. The Silver Crystal is also mentionned to have limitless power by Queen Serenity, the old user of the Silver Crystal, about her legitimacy, it's pretty obvious that the old user of the crystal which said that it's infinite seem enough to me, the Chaos spawn named Metalia tried to take it away from the moon to have the limitless power.

The Crystal is also described as an Ultimate and absolute weapon, indeed, during a discussion, Queen berly which talked with Metalia brought into the discussion the Silver Crystal, and it said more info about the capacity and what the SC can do if you have it.

In this precise case, world mean Universe since in the same sentance, she already talked about taking over the planet so for the "enitre world case", it's probably the Universe. but it's one statement amoung other, a more precise statement bout the capacity of the Silver Crystal said much more precise things

The Crystal is also something which defy the law of time and causality in an extend, indeed, this gem is stated to be immuable, it doesn't change whatever the area he exist in, for exemple he can exist in 1998 and in 2999, he would be the same. It something that causality doesn't really affect since he is something literally Eternal, something than deny changes, his power is still the same too, it add more consistent with the Statement about the Silver Crystal being Infinite and Eternal in all of his aspect.

His state regarding time is also pretty weird, since he is eternal, he is not bound by Time (in an extend), he is the same, no matter the age, the guardian of Time, Sailor Pluto, the one who exist in the void between Times and Space to keep the door of time and prevent people to time travel and defy the law of the world, But, The Silver Crystal can exist in multiple exemple since when Moon and Co traveled in the Future, the old Usagi also have a Silver Crystal, he is still bound by time regarding this case. 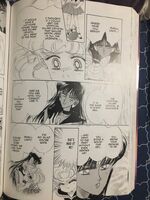 But there is also more laws about Time travelling for the Silver Crystal as Pluto said that you don't have to travel in time with the Silver Crystal, as it can destroy all reality if two of them are in contact, plus the Silver Crystal was firstly not being able to work because of time rules (two same object can't exist in the same time ex Future Crystal exist alongside the present crystal in the same period of time), for people and other things, it only create paradox and make people disapear due to time paradox (two object in the same area ect..) but in the case of the Silver Crystal, a contact between two will destroy all the Sailor Moon world, Pluto give her life to stop this two to collide by stopping time and even then, the crystal still function, it only stopped the one which hold them

Add a photo to this gallery
The Crystal is also stated to being stay in the Galaxy Cauldron, even when it create all reality, Queen Serenity came into the Cauldron again to take away the Crystal, it's important because it was all the time in the cauldorn which created all the reality, the crystal absorbed all this energy throught time in it, that why it's infinite, it's consistent with all the other Statement about the Crystal's infinite power

The Crystal is stated to being Infite ect.. but that does not mean Moon was God Tier power level in the first second third arc, indeed, the justification of this is that the crystal can't be used at full power at the beginning, because it depend of Usagi's heart, and she is the only one (currently) who can use it, so the statement about the power of the silver Crystal aren't dismissed because of the first arc (because she doesn't show infinite stuff), that's because she can't use it a ft full power in the first arc, or if you think the contrary, i guess Usagi between the first and the last arc have the same power (it's not). PS: that's also a pretty good plot charcters developpement, it mean that if Usagi doesn't became strong enough (in the way of her heart need to be renforced) she couldn't protect everyone and in the same way, unleash the power of the crystal

Finally, after some research about the lore of Sailor Moon and the translation of some things in Moon, we also learn some explicit things about this gem, indeed, the stone is called "Alpha Point" of all energy, basically the source of all energy of the world, more than that, Alpha point can also be translated (from what i know) to the Omega Point but what is the Omega point?

If you are familiar with the SM Universe, i think that you noticed something, those attribut fit perfectly with the Silver Crystal, i don't think it's a coincidence since thos things are surprisingly consistent:

The only point which is discutable, it's said that the Silver Crystal always existed in the Cauldron, even after the reality was created, also, Chaos state that everything was always something into one, like at the beginning, he obviously refer to the beginning of the reality when everything was one in the cauldron, and the silver crystalm is stated to be always existed into the cauldron. it's vague but it should be consistent

>Must to be personal - a person and not an abstract idea

As everyone know, The silver Crystal was always treated as personal, all the vlain tried to use it by many mean but the only one who can control it is Sailor Moon, Metalia state that she is the only one who can control it, even when Tuxedo mask absorbed a part of the Crystal inside his body. Neo Queen Serenity also said that the crystal only depend of usagi's heart, if she want to use it, she need to have a strong heart. Wiseman also said that The Queen (Future Usagi) and Sailor Moon (Present Usagi) are the only one who can use it, his plan was to force the Queen to use it, even Chibiusa couldn't use it.

>It must be transcendent

This case is more complicated, throught the serie, we understood that the Silver Crystal is something absolute, the source of all energy, something Infinite, immeasurable, which protect you from every ennemy's blows, the problem with this one is we don't have transcendant statement, it's something we deduce throught the manga (but the wiki's standart isn't so simple), the transcendance standart from this Omega point standart is:

It fit with the Silver Crystal, present before the evolution of the Universe, never chnage (he is Eternal) ect..

>Must be independent - without limits of space and time.

Indeed, the Crystal is something independent without limite of Time and space, he is able to go beyond it and even transcend it and not bound by time, it's also comparable to something which can Create an entire new timeline, a new history into existence. Demend state than he is unbound by time itself, his energy also casually cross throught both Space and Time

Add a photo to this gallery
>It must be irreversible

The crystal is something immuable, he posesses infinite immeasurable power, he is the same whatever are he exist in,basically,  it's something that reject changes

Add a photo to this gallery
That's all, i think we can make some link to the Omega Point theory with the Crystal.

Limitless Statement from the Silver Crystal

Retrieved from "https://vsbattles.fandom.com/wiki/User_blog:The_Causality/The_Silver_Crystal_-_Sailor_Moon?oldid=4861514"
Community content is available under CC-BY-SA unless otherwise noted.