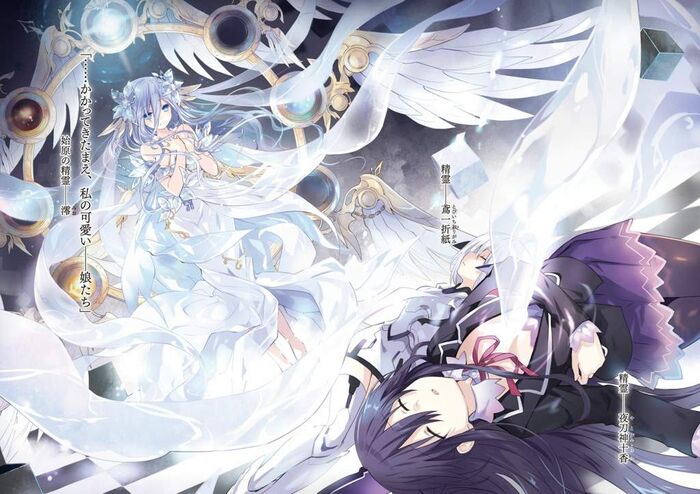 Hey everyone, this blog is here mainly for the tiering of Takamiya mana, the Big Boss of the vers, Date A Live, after finished this, a large part of my revison will be done (just fix some correction on the profile) and I could focus himself on Saint Seiya (Finally lol), well, this blog is separated in Two, the first part talk about the cosmology of the verse and the other part is focus on Takamiya man, the cosmology is important if we want to put a Tiering for Mio (and soon for Tohka in the volume 20), well, let's start.

Well, this part is really Interesting this will help alot the future Tiering of a Date a Live Characters, in this part, i'll explain everythings in the DAL verse regarding the cosmology, i'll firstly explain the number of Universe this verse countain. 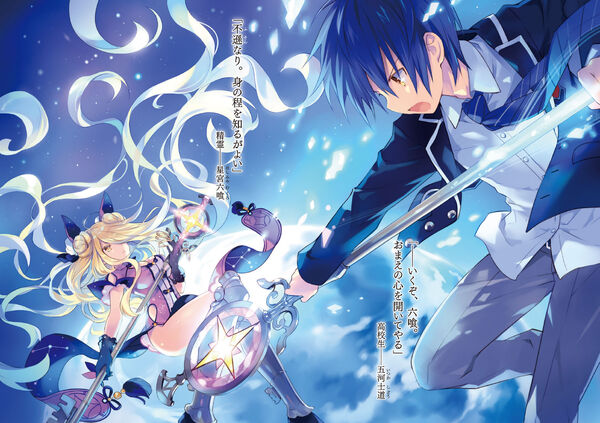 Well, i'll start with the main world, called Cosmos or Universe (Depending of the situation). The cosmos is the main world of the Date A Live Universe, he is almost identical to our Universe. The last spirit, Mukuro Lived in the vast cosmos, she was able to exist without oxygens and other things who killed instantanously human like radiation and gas.  The cosmos has a particularities, indeed, he is described to being Infinite at numerous times, both by the characters and the narrator:

This scene is after Mukuro throwed meteors on the earth, the Ratatosk team decided to send Shido to the space for talk to Mukuro Hoshimiya, because she too dangerous to being free on the space.

The other statemate take place after shido failed to seal mukuro, he decide to go again into the space, the narrotor describe it:

Again this statemate come from the third spatial travel but this time, it's with Mukuro

Now it's during the second travel, during this, the Ratatosk' ship fight the goetia, another spatial ship, not really contextual but it's good too.

Now, I can talk about the other worlds 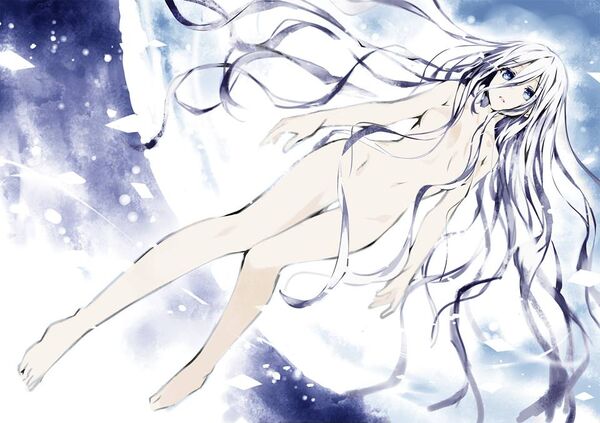 Now it's time to talk about the other world, the spirits world, the world where the spirits traveled and lived before meeting shido. he is described to being the Neighboring world of the main, it seem to have the same size as the main world since he completly envelopped the Cosmos when Mio used her power As Tohka held her breath, Mio whispered softly.

This world is an entire Universe, Westcott planed to use the world of the spirits to envelop the Planet and the entire world. Westcott wish is use the power of the first spirits to have the pôwer to control law via enveloping him into the Spirits world where the creator can do anythings, like Mio which make Law and logic in it

In this world, all the law, all logic, everythings is differents from the cosmos, Mio tell this before mukuro kill herself because of the law of Mio

Also, this World instantanously kill everythings that don't have reiryoku (the power in this verse)

The Spirits world has been etudied and now, some people can use some of the aspect of this world, called Territory or Realizer that can do things like Warp reality and physics, Basically, it's a technology developped for fight against spirits because normal means don't work against them

It said that all things can become reality inside a territory (but it can also being noted that this ability isn't unlimited and omnipotent (like the author said in the volume 18), he has limits for human pêople

About the relation between both the cosmos and the Spirits world, The Spirits that exist in the alternate dimension that is said to be the neighboring world and would occasionally appear into this world. On these occasions, there would be a large bend in the walls between the dimensions, causing a phenomenon known as a spacequake to occur. Whether it was on a large or small scale– the area where the Spirits would appear would be absurdly destroyed

Now i guess i've described enough the world that countain the DAL Verse, thanks to that 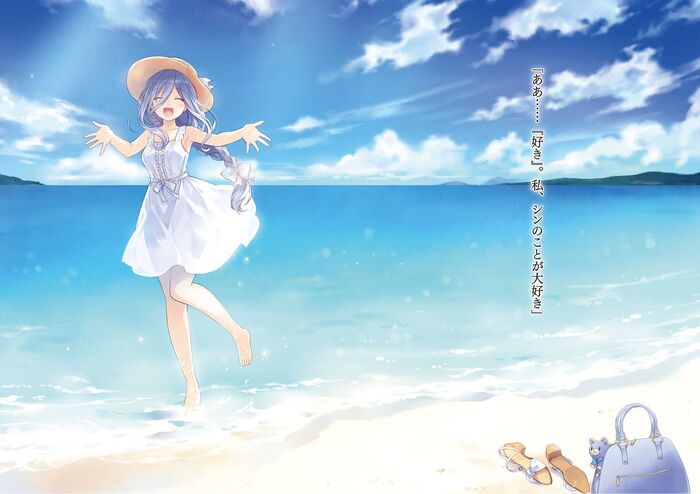 Well, The cosmology is absolutly necessary to know the real power of the girl named Takamiya Mio or Phantom, This is the Girl, born from nothingness when the DEM industries tried to focus all the mana of the world in one point in the globe, Her born created the most powerfull spacequake which destroyed a large part of the Eurasia, after Shinji (Shido from the past) discover her, she prromise himself to grant him all of his power to make shinji as an Immortal being, 30 years ago, Mio was discovered as being "Herself" and "Reine", she live a dual existence ect... During the Volume 18, she demonstrated her "godlike power" and Killed all Spirits, well now, i'll explain all her power, her AP ect..

Well, according to the cosmology above, she should be High Universe level to possible Low Multiverse level only through her AP (her other stats like Durability should remain at Unknown since she is die against the Demon King, both of their power was enough to create a larger spacequake which destroyed a large part of the Eurasia (which is supposed to bypass Durability), even if this would be an Outlier, it's safe enough because Ultimate Tohka was able to injure her (even she used the power of all spirits and even from Mio herself)). Well she is likely High Universe level since her born Created the Spirits world, an Universe as large as the Cosmos, She created the logic inside it and the law inside.

Yes, She explained that her angel, <Ain> Overwritten the Cosmos and now is the Neightbourg world, Territory, when Mukuro tried to literally "seal the world" of mio, she failed because she control all things in it, all law, and logic, try to threat the world is useless

Plus, her power is declare by the narrator capable of wipe out all of existence, which include two Universe, the main world and the spirits world

Conclusion: Mio Should be High Universe level (Scaling to her Universal Creation which have the same size s the cosmos which is infinite) to Possible Low Multiverse level (the author claimed that Mio could potentially Wipe out all of Existence which include Two Infinite Universe). Now her ability:

Well Firstly, Mio separated her power in 10 fragement, each current spirits (Tohka, Yoshino, Kotori, Kurumui, Kaguya, Yuzuru, Miku, Nia and Mukuro) possesses the power that mio separated, Mio should possesses all the spirits's poweer because the spirits's power come from the sephira crystal which is the power of moi that she separated in ten Crystal, that why when she kill the spirits, their Sephira crystal return in Mio's body, she the source of all power in the verse.

Now the serious buisness, i'll talk about Mio's mains power with her angels:

Well, i think it's all for Takamiya Mana, she has other small hax but the three needed a Blog for themeslve, same for her tiering, i want to be meticulous with her that why i've created this blog, Thanks for reading this.

Retrieved from "https://vsbattles.fandom.com/wiki/User_blog:The_Causality/Mio_Takamiya%27s_Tiering_and_Abilities?oldid=4006236"
Community content is available under CC-BY-SA unless otherwise noted.