This is for a profile I am currently in the works on.

In context, Puffball and her team were unfrozen only to realize they were beaten, and causing Puffball to hurry up... in mere seconds. There arent much good views of Yoyle Mountain, but we DO get a good view of it in BFB 1 shown in the background, and you can tell its Yoyle Mountain because of the tower on top seemingly extending to the skies, which is exactly what it has. 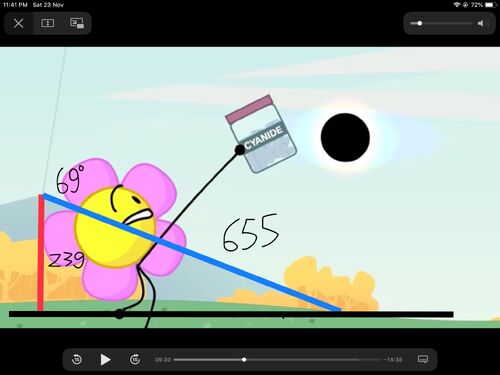 While there was another feat of her traveling to Yoyleland from the plains in a “few minutes” shown twice, that was most likely a time lapse due to day and night changing in the background as if it took days to get there, and therefore, it wouldnt be used. The BFDI wiki even stated this, but this was pretty much a deflation.

Retrieved from "https://vsbattles.fandom.com/wiki/User_blog:Psychomaster35/BFDI:_Puffball_hurries_up_Yoyle_Mountain?oldid=5577141"
Community content is available under CC-BY-SA unless otherwise noted.