But there is still argument over its validity due to the abuse of powerscaling and the fact the beam is claimed to be inconsistent and out of author intent. I decided, due to these claims, to do a calculation that is both directly faster than light and contains tons of author intent in it.

During the Freeza Saga, Base Goku reacted to and swiped away Freeza’s Death Beams, this is a FTL feat, and here is why

First off, I need to reason why the beams are light speed

Chi sensing is not simply sensing chi, but sensing your surroundings, which means they can sense and feel the surrounding movements, like you know, the movemenet of chi blasts or chi in general.

Plus, every Z fighter is trained to sense with their chi, seeing with eyes is irrelevant to them. And seeing/feeling with Chi is just an interchangable term.

Now what can Z-fighters sense with their chi sight?

The Ginyu Forces’ space pods going right to Namek, remember, Namek is in the middle of nowhere. So these pods have to be FTL to reach it even in a few days. Remember them seeing with Chi is more like feeling. So they are being able to track the Ginyu's themselves who are going at FTL speeds, not the pods. Furthermore, one might claim that like how we see planets in the sky that are going at 78.2928 miles per hour as an anology to distance and perception, but there is one problem.

Venus is 7500 miles in size and is only moving at 78.2928 miles per hour, it is also only a few dozen million miles from Earth.

These pods were several AU from Namek, were going at FTL speeds, and are only a few meters tall. It would be much harder to track.

So the Z-Fighter's could sense FTL space pods.

And how did they react to the Death Beams?

Also, as shown in the scan above, Piccolo calls these Death Beams a flash of light. And even an official guidebook made by Bird Studios states that the Death Beam is a beam of light 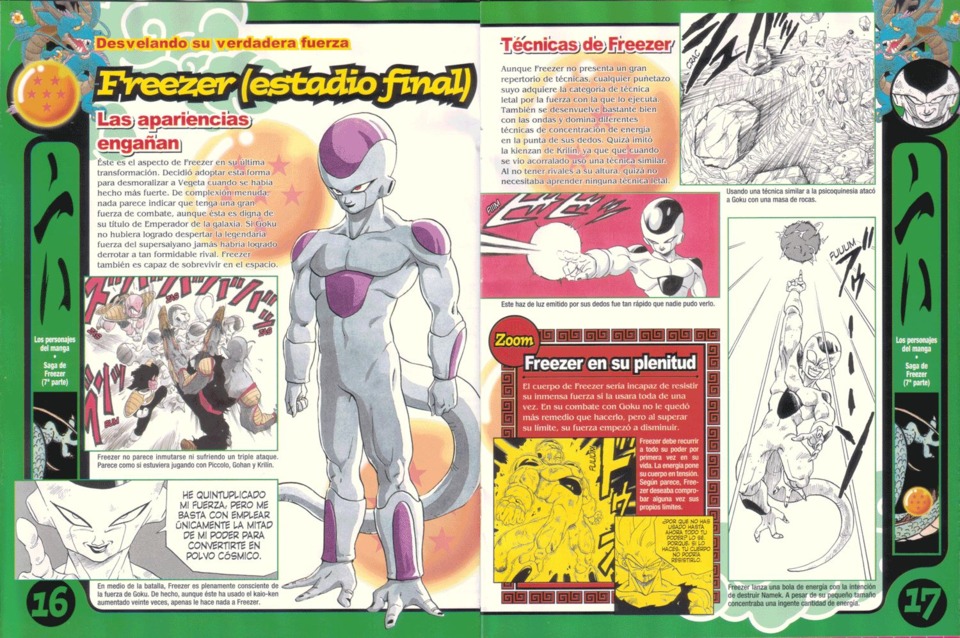 I tried calculating the distance between the Death Beams and Goku. But trigonometry on that level goes over my head. So, as TheLivingTribunal1 suggested. I will just simply place the distance at one meter.

Now for some pixel scaling, first I will need to calculate his wrist size

Going by this, the average wrist diameter is 5 inches (12.7 centimeters)

Going by this calculation, Goku is faster than light in combat speed during the Freeza Saga

Now you could say, “But they were sensing ships that were going in a linear path”

Death beams also go in a linear path, as seen in these pics

Also, of course, there will be still statements on how, “This is a calculation, the author did not intend for this to be a faster than light feat and you are just scaling. Use character portrayal and author intent”.

That still makes Goku light speed, here is why. The point of Goku swatting the death beams was to show how fast and strong Goku has became by his new zenkai boost, it was to show he has finally gotten what is needed to be the Super Saiya-Jin, and the Death Beams are intended to be Freeza’s speedy and unstoppable attack which was stated to be a beam of light or a flash of light, which tells me Akira Toriyama was obviously thinking “Hmm. Goku will swat away these light beams to show how fast and powerful he is!”

Lastly there is the good old outlier statement

Retrieved from "https://vsbattles.fandom.com/wiki/User_blog:FanofRPGs/Goku_swats_away_the_Death_Beams?oldid=569451"
Community content is available under CC-BY-SA unless otherwise noted.