VS Battles Wiki
Register
Don't have an account?
Sign In
Advertisement
in: Tier 7, Tier 7-B, Tier 1,
and 45 more 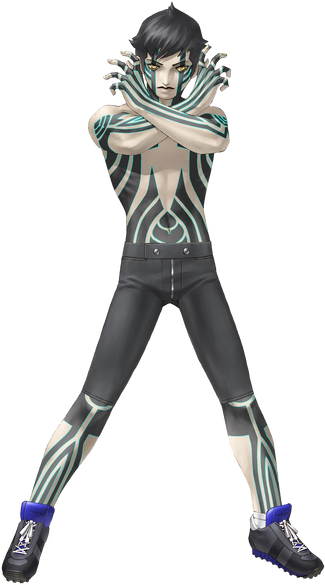 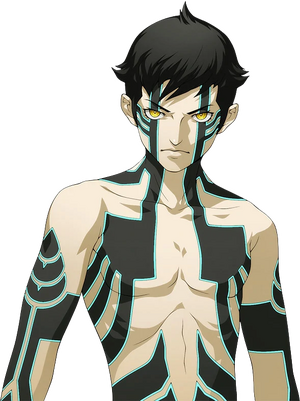 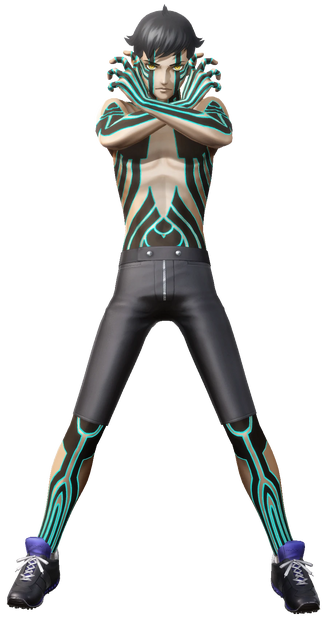 The Demi-Fiend (人修羅, "Hitoshura") is the protagonist of Shin Megami Tensei III: Nocturne. Through the tradition of the series, he is a silent protagonist, where his personality is based on the players' actions and decisions. At the beginning of the game, the Demi-Fiend is a blank slate, being unsure of the role he is to play in the world that is to come; creator or destroyer, master or servant. This is most clearly seen when Kagutsuchi scans his heart at the moment of the Conception. The divine being finds nothing there, no defined ideas or motives, and decides he needs to find his own ideology and Reason in the Vortex World.

During the game, his personality develops further depending on the choices of the player, molding him into a follower of either Reason or a person who rejects all of them, either through weakness, a true desire to see the world reborn, or an honest wish to end the eternal cycle of death and rebirth. The definitive moment is when Kagutsuchi, at the entrance of the Tower of Kagutsuchi, again scans his heart and determines what lies within.

Through the player's choices throughout the game, the Demi-Fiend's personality can be developed further, revealing character flaws and strengths, changing others' viewpoints of him and affecting the possible ending, redefining the laws of reality and creating a new world.

He may support the Reason of Musubi, the belief of solitude and individualism. In this new universe, every individual would live in their own independent world, shaped from their mind to be their personal paradise, though fully separate from all other living beings. He may support the Reason of Shijima, based on stillness and oneness, and the suppression of human desires. It is a world of perfect harmony, without passion, conflict and destruction, and finally fully devoid of individuality. Or he could support the Reason of Yosuga, formed from elitism and the survival of the fittest. In this world, those who are weak are undeserving of life, while only the strong may become rulers, and power is the most important thing there is. It is a world of paranoia, fear and carnage.

However, the Demi-Fiend may choose to reject all said reasons and follow his own path. In the Demon Path, he will lack the Reason to create a new world, and instead chooses to forego the process of creation, leave the Vortex World as the barren, desolate land populated solely by demons that it is. Through the Freedom Path, the Demi-Fiend may revert the world to how it was before, and every human being killed by the Conception is reincarnated, though as explained by Kagutsuchi, the world of men is one of chaos, suffering and without future.

Finally, the Demi-Fiend may walk the True Demon Path, rejecting all Reasons and freeing himself from the last vestiges of his humanity. Becoming a complete demon of Darkness, allying himself with Lucifer, he kills Kagutsuchi, ending the cycle of Death & Rebirth, the Amala Universe and the concept of time itself. He and Lucifer then march onward, leading all demonkind in the final battle against God himself.

Stamina: Superhuman. Can fight his way through dungeons infested with powerful demons

Intelligence: Genius. A very skilled combatant. Became Lucifer's right-hand man and the General of his armies in the final war against God by overcoming demons with countless years of experience and knowledge, such as Beelzebub and Metatron

Weaknesses: Observation is a phenomenon that happens entirely on the unconscious level and is intimately tied to his own beliefs, thoughts and subjective experiences, and thus its full applications, although vast, are not something that is able to be freely utilized in battle. Most of his Magatama have weaknesses that make him vulnerable to certain types of attacks, and he can only equip one magatama at a time | Same as before with Observation except he does not have any physical or magical weaknesses with the Masakados Magatama

Magatama: Magatama(マガタマ?) are a parasite entity appearing in Shin Megami Tensei III: Nocturne, which functions as a combination of armor, weapon and spellbook. According to Lucifer, Magatama are the very essence of demons. When the protagonist is turned into the Demi-Fiend, a horn grows on his nape, serving as a symbol of him being one with the Magatama. Through the development of this horn, the Demi-Fiend acquires the actual powers of a demon and is capable of using magic and directly interacting with demons. At first, Demi-Fiend merely develops the strength to fight with demons on equal terms, as well as communicate with a variety of races for possible purposes of negotiation, recruitment, and collecting information. As he grows stronger, the Magatama grants him new abilities ranging from regular attacks to special powers that no demon has ever seen.

Almighty Attacks: The highest class of spells in the Megami Tensei franchise, consisting largely of powerful non-elemental attacks that have the special property of completely bypassing any resistances or immunities that a target may possess, be them innate or magically enforced, with the latter of which including anything from reflective barriers to items that distort the very laws of the universe in order to protect the user from all forms of damage, and they are likewise unable to blocked, dodged or drained.

Note: Only Demi-Fiend's unique and/or notable skills are shown in his attacks/techniques section. For a more comprehensive list of abilities the Demi-Fiend can learn as well as what they can do, please visit the wiki