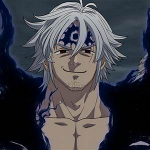 Just another user who loves pitting two random characters against eachother and asking who would win.

You can call me Versus or just VJ

One important thing to note about me is that I tend to get heated in online discussions. Especially if its something that I strongly beleive in. So I aplogise in advance if I act like a dick at times.

Participate in Ben 10 revisions (When the finally come for real)

My Favorite Characters in order of how much I like them.

.Tatsumi(AGK) (Is aware of his mediocore development and design. Yet somehow like him.)

My least favoirite characters in order of how much I dislike them.

Black Zetsu: Ughhh... where do I even begin? This guy is the most annoying smug character I've ever seen. He talks down to everyone like he's some kind of genius, even though he needs to cling to someone else because he's fodder... He ruined the Naruto ending.

Katsuki Bakugou. (Just when anyone worse than Esdeath couldn't come up, here this guy comes along. Anyone who knows MHA knows why.)

Esdeath. (Legit one of the most awfull characters I've ever seen. She deserved to die, and the only thing redeemable about her are her looks. I do not understand why so many AGK fans love her so much)

Mako Mankanshoku. (God, where do I even begin? This is probably THE most annoying character I've ever known. A failiure of an attempt at a comedy relief character.

Agent Locke (A Halo character that has as much character as a cardboard box. He is a walking plot device intended to try and give Master Chief conflict)

Verses I want to get into.

Verses I support/Like in order of how much I like them.

Ben 10. (OS to UA mostly. Omniverse was prehaps mediocore to decent at best. And the Reboot is a peice of shit)

My Hero Academia(This show is awesome. I even enjoyed it more than OPM)

Darling in the FranXX My first mecha anime. I loved the first half of the series, but then it started to slump.

One Punch Man. (My first anime, so it will always hold a special place in my heart.)

Witcher (I may not be as invested into the deepr lore as other fans of this series as I've only played the third game. But nonethless, I love the characters, the story, the setting.)

Halo. (My favorite game verse. But I pretend that the events of Halo 5 and Brian Reed comics are non-canon Master Chief is a boss.).  Akame Ga Kill.(This series just clicks with me. I have mixed feelings about the anime but love the manga. Akame is also a boss.) Tie

Percy Jackson/Riordanverse. I Grew up reading these books, so they've always been one of my favoirtes. Though I lost interest in the Riordanverse after the Heroes of Olympus series.)

Rick and Morty. (I distance myself from the toxic fanbase and just enjoy it for what it is)

The Real World.(Reality is boring, but its what we got.)

Sword Art Online.( When I thought more about it. This series is not bad or good. Its okay.)

Grand Theft Auto. (I like the story of the fith and previous games. But Rockstar has turned it into a p2w cash cow nowdays.)

Verses I oppose/dislike in order.

FNAF (Most horrendus Fanbase out there. Not really scary at all)

Star Trek.(Wayy to inconsistent and I can never seem to make sense of it. Massive plot inconsistencies. Loaded with PIS and annoying levels of plot armor. Plus, nonsensical technobabble that gets annoying)

Destiny.( A game verse not listed here. Its poorly written, the characters are bland and hollow. And its more or less a reskin of CoD)

Kill La Kill.( It's rather mediocore. Not a "Masterpiece" by a long shot. I do not get  the appeal of it whatsoever. You can't honestly say that a plot about clothes being aliens that eat people doesn't sound dumb. Plus, quite a few of the characters are very meh indeed.

Dragon Ball.(Tons of wank. Overated, and rather mediocore in recent times.) Bleach (Tied with DB for the same reasons)

RWBY. (I tried and failed to get into it. I personally found the show super cringy, overated and dropped it after a few episodes. I also have had numerous bad experiences with the fandom.)

Puella Magi Madoka Magica.( Its not bad by any stretch of the imagination. But it is in my opinion nowhere near as good as everyone makes it out to be. I TRIED to watch it and get into it, but I just couldn't no matter how hard I tried. When people tout it as one of the greatest anime ever made, I cannot see where they're coming from. Also, Homura is spammed badly, and broken to such a degree that I cannot take her or most of the other characters seriously)

The Original Demon (Nanatsu No Taizai)

Retrieved from "https://vsbattles.fandom.com/wiki/User:VersusJunkie54?oldid=4529730"
Community content is available under CC-BY-SA unless otherwise noted.