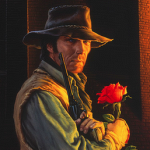 aka I Don't Have A Clue

Welcome to my profile, now here's a dead meme.

Sonic the Hedgehog (The Universe)

Gravity Falls: One of the best cartoons ever, in my opinion. I absolutely love the characters, the plot, and the show itself. It's so good, that the villain is actually somewhat likable.

Mario Bros: Besides it being one of the best video game franchises of all time, I grew up playing Mario. For the characters, my favorites are Luigi and Bowser. I like Mario as well, but he's pretty lacking in the character department.

Sonic the Hedgehog (The Universe): While I was somewhat familiar with the verse early on, I have started to play the games recently. I like most of the characters, mostly Sonic, and I like all of the 2D games along with the Sonic Adventure games. I'm not a fan of the most recent 3D games though.

Retrieved from "https://vsbattles.fandom.com/wiki/User:Unoriginal_Memes?oldid=6298413"
Community content is available under CC-BY-SA unless otherwise noted.