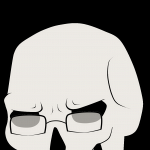 If you have a question, click the message wall button and JUST DO IT! I'll try to give you the information.

I know a bit about calcs, but I'm no mathematician in the slightest so don't ask me about complex formulas and such things. You can request a calc, but I'm too lazy and I procastinate a lot, on top of just forgetting about everything that isn't of my interest, but hey, I usually give it a try.

These are my accepted calculations:

Have an interesting match you'd like to make me know about? Well, you're welcome to do it. For your information, these are my favorite verses:

And last but not least, the pages that I worked on with the details of said work:

I created his profile so the vast majority of it was my do.

Fixed his profile. I'm very proud of it despite how much people antagonized me.

Retrieved from "https://vsbattles.fandom.com/wiki/User:The_Calaca?oldid=6007531"
Community content is available under CC-BY-SA unless otherwise noted.