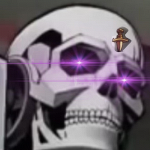 The verses I support and know a lot

I currently have a very heavy amount of study materials for my university. Sorry folks, but I don't have time for it. For now. Continuing after few months.

Retrieved from "https://vsbattles.fandom.com/wiki/User:ShiroyashaGinSan?oldid=6017759"
Community content is available under CC-BY-SA unless otherwise noted.